Titan’s 370-inch “Zeus” TV measures over 26 feet — feet! — wide by over 16 feet — feet! — high. The company superimposes an elephant in front of it to give you an idea of how big it is. The elephant takes up maybe a fourth of the entire screen.

There are apparently only four in existence: one went to a buyer who wants to remain private, according to Engadget. If I had a 370-inch TV, I wouldn’t want anyone to know about it either but we all know it’s probably Barney Stinson.

The second one was just on display in Cannes, France. Here’s a video. Look at it! Look at it!

Did you see that? Of course you did. You saw that from wherever you live. I’m watching Adventure Time on it right now from Boston.

There are two left, and each costs a cool $1.7 million. They’re handcrafted, 4K-resolution screens that include installation and get delivered to your studio apartment in a customized Hummer. The company is based in the U.K., so you’ll have to contact them directly to see if they’re cool with fourth-story walkups in the U.S. 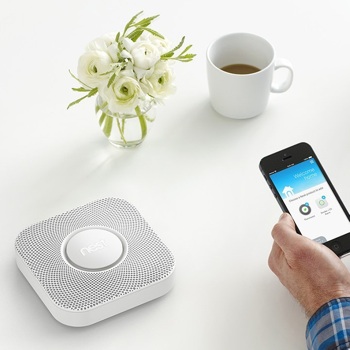 After Recall, Nest Smoke Alarm Is Back and Discounted
Next Up: Editor's Pick