Nebraska Firm Pays Out $61K in Bonuses Exclusively in $2 Bills

It turns out that Nebraska-based Hornady Manufacturing is the kooky grandpa of the business world. Why? Because the ammunition manufacturer gave its 300-plus employees $61,000 in bonus money exclusively in $2 bills.

But unlike the $2 bills Pop-Pop gave you when you were good last Christmas, these bills aren’t meant to be hoarded in your special drawer.

“Two years ago, we caught a lot of flack from the city council and some people in the city of Grand Island for how we don’t support the community and we don’t do things around here, which we disagreed with… [it] kind of hurt our feelings,” VP Jason Hornady told Omaha.com. And so, to prove a point, he is asking employees to spend the bills at local businesses.

“If people look at you funny, tell them where you work, and we think that they will notice,” said the vice president, whose company slogan promises dependability (as well as accuracy and deadliness).

Hornady’s father, Steve, had done a similar bit with $1 coins a few years ago, but surely asking employees to lug those things around is just cruel.

Hornady also clarified that employees aren’t only getting paid in Monopoly money. “They also receive a nice check and a deposit into their 401(k)s,” that they can spend wherever. 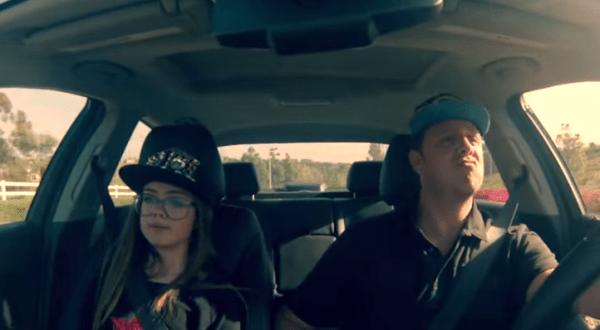 10 Lessons We Learned From the Internet's Favorite Dads
Next Up: Editor's Pick