This Chart Shows How China Just Surpassed the US

China’s corporate debt raced ahead of the US by more than $1 trillion in 2013, to $14.2 trillion, beating analysts’ forecasts by one year, according to a report released Monday by Standard & Poor’s. The new report highlighted not only the growing clout of China’s financial sector, but also its growing appetite for risk.

S&P estimates that one-quarter to one-third of the debt originated from China’s shadow banking sector, a system of informal lending that operates outside of government oversight. A series of defaults in that sector alone could expose one-tenth of the world’s corporate debt to a sudden contraction, the report warns. “Given the substantial share that shadow banking contributes in financing not just China’s corporate borrowers but also local and regional government financing vehicles, a sharp contraction would be detrimental for business generally,” the analysts wrote.

One graph in particular showed that the risks might be thriving in the shadows. S&P compared cash flows and indebtedness among China’s corporations to 8,500 of their global peers. These measures together offer a rough gauge of their ability to repay loans, and unfortunately here too, China surpasses the rest of the world. 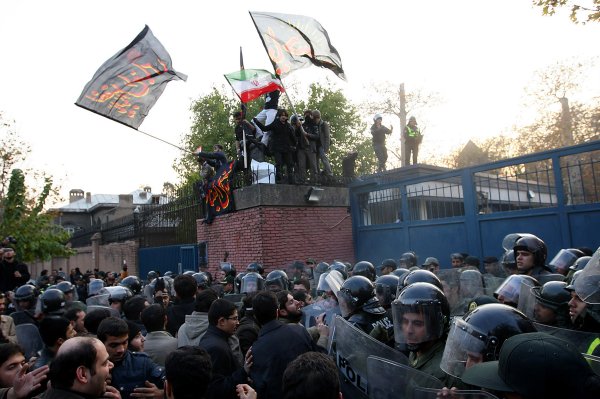 U.K. plans to reopen embassy in Iran
Next Up: Editor's Pick