The Chancellor and me after the victory….. #selfie #dfb #poldi #aha #merkel #brazil #worldcup #moments pic.twitter.com/5jkTb2QjUI

Merkel watched Germany’s 4-0 victory and Thomas Muller’s hat trick in person, having traveled to Salvador, Brazil on Sunday to watch the Monday matchup.

Merkel visited the team’s locker room after the game to offer her congratulations and pose for pictures.

Chllr #Merkel met the team in the locker room after the game to personally congratulate them! @DFB_Team #WorldCup pic.twitter.com/g2eIam8Ckw

Team Germany’s next match comes Saturday, when it will face Ghana. 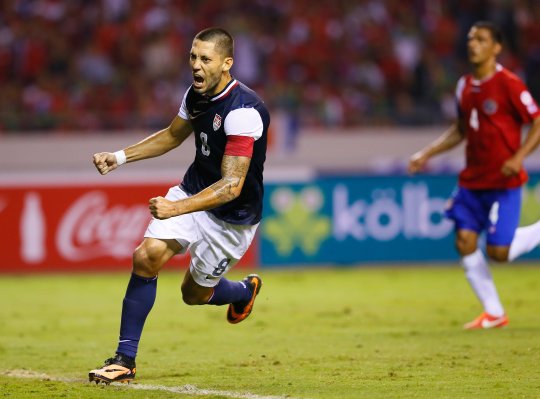 Every Single One of Team USA's World Cup Qualifying Goals
Next Up: Editor's Pick