See the First Interactive Picture from the Lunar North Pole

The first American spacecraft to photograph the moon up close did its work in the last 15 minutes of its life. On the morning of July 31, 1964, the Ranger 7 spacecraft was falling toward the lunar surface at the end of a three-day trip that was always intended to culminate in a suicide plunge. At precisely 6:25 AM, when the ship was at an altitude of 1,500 miles (2,400 km), its six on-board cameras flicked on and it began beaming pictures back to Earth. In that quarter hour—before Ranger 7 annihilated itself in the moon’s Sea of Clouds—it sent home 4,316 pictures that flashed on black and white TV screens at the Jet Propulsion Laboratory in Pasadena. In front of each screen was a 35-mm film camera. A moon portrait would appear, the cameras would snap, and the film would automatically advance—a triumph of mid-century optics and machining.

It needn’t be said that things are more sophisticated now. When the Lunar Reconnaissance Orbiter arrived at the moon in June 2009, it also carried along a battery of cameras, but ones that capture images with a granularity and spectral sweep that were unimaginable 45 years ago, as this stunning, interactive image of the north lunar pole shows. The picture covers an area equal to about 25% of the surface of the continental U.S.—and that’s the very least of its impressive metrics. It required 867 billion pixels to assemble the entire panorama, each pixel representing about 6.5 ft (2 m) of lunar real estate. A 300 dot-per-inch printout would call for a piece of paper larger than a football field; the digital file consumes 3.3 terabytes of memory.

But never mind that. The greatness of the picture is in the seeing of it—not just the detail it provides of the face of the moon, but the freedom it allows to sweep and pan and dive, exploring that tortured landscape from so many different altitudes. Ranger 7 once took a dive there too. The difference is, we’ll all live to tell the tale. 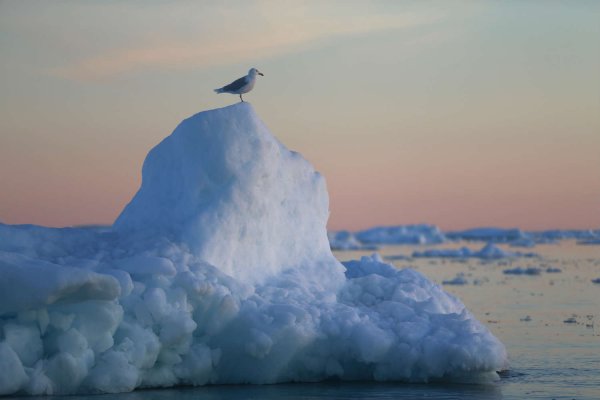 The Danger of Unchecked Global Warming
Next Up: Editor's Pick