The Witness at E3: A Tranquil Island in a Sea of Chaos

The Witness
By Jared Newman

Jonathan Blow won’t admit to this, but the experience of meeting him to see The Witness at E3 was kind of like playing the game itself.

Per Sony’s instructions, I arrive at a private meeting room away from the show floor. Only there’s no sign outside the door, and no customary PR people or security guards to keep out uninvited guests. The door is propped open with a narrow trash bin–the only indication that there’s anything happening inside.

I poke my head in and discover a spacious room with an unmanned reception table by the door. At the far end of the room, someone’s sitting on an L-shaped couch, her back turned as she plays a game. It’s quiet from where I’m standing, so I walk in a little further.

Around the corner, dressed casually and sitting at a long table, is the only other person in the room. I hear him mumble my name and publication as he stands up, coming closer and extending a hand in my direction. That’s when I realize it’s Blow, and — contrary to the excessive staffing and hand-holding at every other appointment I’ve had this week — he’s running this entire preview by himself. He hands me a PlayStation 4 controller, asks how much time I have, and says he’ll be back later to talk.

Like Braid, Blow’s runaway indie hit from 2008, The Witness doesn’t spoon-feed its players. You’ll never see any signposts, explicit tutorials or hints to ensure your smooth progress. In fact, both Braid and The Witness skip the formalities of a “Press Start” screen or opening cutscene, and begin with you staring at something motionless — in The Witness’ case, the light at the end of a tunnel. As you stare at the screen, there’s this magic moment in which you nudge the thumbstick forward out of confusion, and realize the game actually began several seconds ago.

I’m feeling a little anxious as I move along the game’s path, out of the tunnel and into a walled garden. In the past, Blow has discouraged players from seeking answers to his games’ puzzles, and bristled at explaining the meanings behind his work. Braid was no cakewalk, and I only have about half hour to spend with The Witness. What’s going to happen if I get stuck or can’t figure out what’s going on?

Fortunately, the walls of this garden are easy enough to escape. Scattered throughout are some small panels with a maze-like pattern etched onto them. You can engage with these panels and trace a line on them with the thumbstick, the goal being to find an unobstructed path from start to finish. They’re no more difficult than the mazes you’d find on the back of a cereal box, so I complete a few of them, which in turn reveal a final panel to open the exit door.

From here, the game opens up into a colorful, tree-lined world, spreading far beyond what I can see. There’s an obvious path to walk down, but I cut left through some shrubbery, and discover a narrow trail that leads back along the outside of the starting outpost, next to a vast body of water. It’s blocked by a door with yet another panel, connected to a ribbon that leads back over the wall and into the garden. I spend some time exploring the grounds, figuring out how to open the door and moving along the hidden path, which only leads to another door I can’t manage to open.

That last sentence might as well describe the rest of my time with The Witness. Outside the garden, the maze-like puzzles become much more complex, with new rules to decipher. I solve a few of them, but otherwise spend the demo getting lost in the architecture, in which my character is completely alone. I’m poking around in a hedge maze when Blow returns from another interview, eager to see how I did. Maybe I’m projecting, but I sensed some disappointment. He spends a couple of minutes explaining some of the other things I could have done.

I intend to ask Blow how he’d feel about someone looking up the solutions to The Witness’ puzzles online, but he seems to anticipate the question, explaining that it’s okay to get stuck.

It’s for this reason that Blow also doesn’t mind people having different interpretations of the game’s story, told through recordings scattered around the island. These weren’t present in the E3 demo, but the idea is that players can find them in any order, because the entire island is open for exploration from the beginning.

“The story has to be designed to encounter it in different orders and still be interesting, so that by itself is an interesting challenge,” Blow says. “But then we get to play interesting games, like might you have a different interpretation of what’s going on if you heard some part first and then a different part, versus if you heard those in the opposite order … or not at all?”

So how would Blow feel about cheating, even for just a few puzzles? “In this game,” he says, “that would be so unrewarding that I don’t think people will do it very much.”

The Witness is coming to PlayStation 4 later this year, and is also due to launch at some point on PC and iOS. 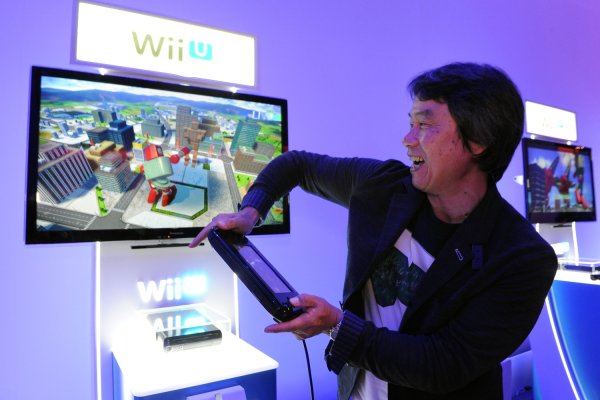 This Is What Nintendo's Shigeru Miyamoto Thinks of Virtual Reality
Next Up: Editor's Pick