KFC said Sunday that it apologized to the family of a three-year-old girl who was reportedly asked to leave a restaurant in Mississippi by an employee who said the girl’s facial injuries upset other customers.

The allegation that she was asked to leave was published last week on “Victoria’s Victories,” a Facebook page that traces Victoria Wilcher’s recovery from a pitbull attack that has left her heavily scarred. It prompted outrage on social media, and led KFC to issue an apology on its own Facebook page.

“As soon as we were notified of this report on Friday, we immediately began an investigation, as this kind of hurtful and disrespectful action would not be tolerated by KFC,” the company said. “Regardless of the outcome of our investigation, we have apologized to Victoria’s family and are committed to assisting them. The company is making a $30,000 donation to assist with her medical bills. The entire KFC family is behind Victoria.

“Victoria’s Victories” had more than 60,000 Facebook “likes” as of Monday morning. 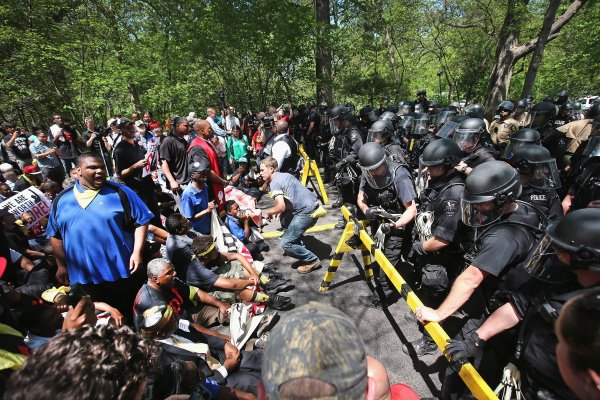 McDonald's Protest Leads to Dozens of Arrests
Next Up: Editor's Pick