In a series of tweets and shocking photos posted to their social-media sites, the Islamic State of Iraq and Syria (ISIS) is boasting to have slaughtered 1,700 Iraqi soldiers in the past week as the militant Islamist group continued its blitzkrieg toward Baghdad.

The alleged massacre, as well as the body count, has not yet been verified, but if proved true it would be the single largest act of mass killing in a war that now spans Syria and Iraq. Even if exaggerated, the claims are potent propaganda designed to terrify their opponents and pre-empt resistance as the al-Qaeda-inspired group consolidates control in Iraq’s Sunni areas.

It also may be designed to inflame sectarian tensions, all but demanding a response from the country’s Shiite militias in an effort to launch a sectarian war that could end up redrawing the map of the Middle East.

The photos, some 60 in all, start with rather benign images of loot — ammunition, Humvees, trucks and weapons — captured from Iraqi army bases that were abandoned by fleeing soldiers. It appears that they were taken over the past week in Salahuddin province. Tikrit, the principal city (and former President Saddam Hussein’s hometown) was captured by ISIS on June 12.

The photos go on to show a grim slide show of men described in taunting captions as soldiers caught “trying to flee the battles in civilian clothing.” Bloodied corpses stain the ground in at least five different locations, and several of the photos document firing squads garlanded with the black ISIS flag preparing to kill scores of handcuffed men packed in shallow graves.

“Liquidation of the herds of the Safavid arm,” states one caption, a reference to an Iranian dynasty and, by extension, Shi‘ites. “They are lions with the weak, but in wars they are ostriches,” says another caption laid over a group of terrified, handcuffed men forced to stand with their heads bent toward their knees. It is a message designed to capitalize on Sunni resentment over the hardhanded tactics of the Shi‘ite-dominated government in Baghdad. The carnage goes on for 25 frames; in some it looks as if the militants are killing their victims with brand new weapons, possibly the soldiers’ own guns — if they are indeed soldiers.

ISIS’s media wing has long used propaganda to intimidate its opponents and draw recruits, both in Syria and Iraq. The organization, which started as al-Qaeda in Iraq in 2003, expanded into Syria as the conflict took shape there, and eventually changed its name to better reflect its overarching goal: an Islamic caliphate spanning the region and ruled by a radical interpretation of Islamic law. Al-Qaeda has since repudiated the group for its extreme tactics.

Just a few weeks prior to ISIS’s march on the northern Iraqi city of Mosul, which fell on June 10, the group’s media wing released a similarly gruesome video. Titled The Sound of Swords Clashing, the hourlong video depicts a series of vicious executions of Iraqi soldiers and officers. It went viral in Iraq, according to a new report by the Combating Terrorism Center at West Point, and may have been designed to threaten members of the Iraqi armed forces before the militant advance into northern Iraq.

If 1,700 soldiers or Iraqis were indeed killed, the released photos show only a fraction of the dead, raising some skepticism among human-rights investigators. “We’re trying to verify the pics, and I am not convinced they are authentic,” Erin Evers, the Human Rights Watch researcher in Iraq, told the New York Times. “As far as ISIS claiming it has killed 1,700 people and publishing horrific photos to support that claim, it is unfortunately in keeping with their pattern of commission of atrocities, and obviously intended to further fuel sectarian war.” Nor have Iraqi officials confirmed that a massacre took place.

A true documentation of a horrific war crime, or a slickly produced piece of propaganda that amplified scores of dead into thousands, either way the photos will have their intended effect: terror and a call to arms. ISIS alone will never be able to capture all of Iraq, but if the country descends once again into sectarian war, its ultimate goal will be that much closer. “Sectarian civil war is the enabler,” says Jessica Lewis, an ISIS expert at the Institute for the Study of War. “They want to set conditions in Iraq that look like Syria so they can set up an Islamic state.”

— With reporting by Hania Mourtada / Beirut 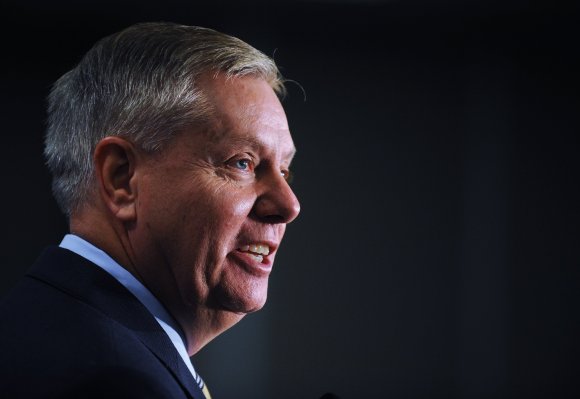 GOP Lawmakers Call for Airstrikes on Iraq
Next Up: Editor's Pick