Boys and Girls Are Impacted By Caffeine Differently

It’s established that caffeine consumption can increase blood pressure and lower heart rate in adults, and researchers from University at Buffalo in Buffalo, New York, have shown in the past that the same side effects happen in kids. This new research, published in the journal Pediatrics, found that the different ways caffeine affects males and females starts at puberty, with boys’ hearts more affected than girls’.

The researchers are unsure why exactly there are reaction differences—it could be due to hormones or other physiological factors—but it’s concerning since doses were low, at 1 and 2 mg/kg, and since caffeinated energy drinks are popular among kids and teens.

Last year, the FDA announced it was starting to look into the safety of added caffeine in products for youth and adolescents. The announcement was made just as gum-maker Wrigley had introduced its newest product, Alert Energy Gum, which it then pulled from market. When it comes to products like 5-hour Energy and Monster energy drinks, the FDA has reported hospitalizations from the products and reported that energy drinks were cited in at least 13 teen deaths. Reports do not necessarily mean energy beverages caused illness or death, but the correlation was worrying.

Currently, the FDA does not require the amount of caffeine in a product to be included on food labels. Since the FDA says caffeine is a natural chemical found in items like tea leaves and coffee beans, it’s regulated as an ingredient not a drug. Energy drinks are not regulated because they are sold as dietary supplements. A 2012 Consumer Reports review of 27 best-selling energy drinks found that 11 do not list caffeine content. Among those that do, the tested amount was on average 20% higher than what was on the label.

The FDA says 400 milligrams a day, about four or five cups of coffee, is generally not considered dangerous for adults. The American Academy of Pediatrics discourages caffeine consumption among young kids and adolescents.

The latest study did have weaknesses, since its study group was primarily among white, middle class, and well educated, and they could not completely confirm that control groups were totally abstinent when it came to consuming caffeine. Still, the research is important as medical and governmental groups take a closer look at how the stimulant may be impacting children’s health. 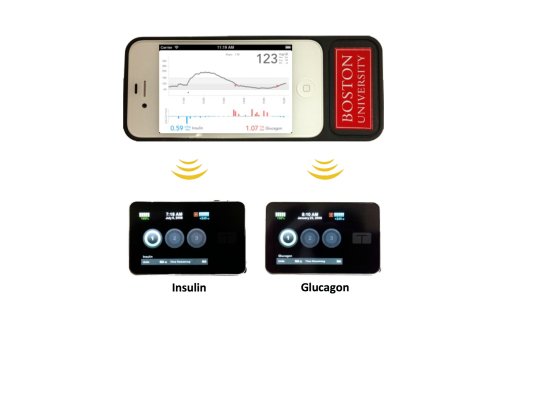 Here Is the Deal With the Bionic Pancreas
Next Up: Editor's Pick