Chelsea Manning, the former military intelligence analyst who is serving a 35-year prison sentence for leaking classified information in 2010, has broken her silence to rail against a lack of military transparency in a New York Times editorial.

In the article, Manning calls for a new government body to oversee embedded journalists’ press credentials and for a quicker declassification of the military’s Significant Activity Reports, which detail the facts of attacks and casualties and could aid reporters’ coverage of the conflict.

“I believe that the current limits on press freedom and excessive government secrecy make it impossible for Americans to grasp fully what is happening in the wars we finance,” Manning writes.

The soldier formerly known as Bradley Manning was arrested in 2010 on several charges, including aiding the enemy, after leaking reams of intelligence to Wikileaks earlier that year. The day after she was sentenced to 35 years in prison, Manning — whom many consider a traitor to her country — came out as a transgender woman and announced she would live her life as Chelsea Manning.

Manning points to journalists’ coverage of the March 2010 elections in Iraq, which suggested “that United States military operations had succeeded” in establishing democracy, though on-the-ground reports she had access to revealed a crackdown against political dissidents in the country during that time.

Manning was also appalled by the disparity between daily media coverage of the war back home and the daily military intelligence reports she read during her time as an analyst.

“How could top-level decision makers say that the American public, or even Congress, supported the conflict when they didn’t have half the story?”

She writes that the system of approving and embedding reporters is deeply flawed and makes it difficult for journalists to report the news accurately. Manning claims the military has a history of granting access to reporters it thinks will write favorable coverage. Policies in place allow for immediate termination of reporters’ access, which Manning alleges was has been used as punishment for critical coverage, like when Michael Hastings was denied access following his reporting on Gen. Stanley A. McChrystal’s critical comments on the Obama administration.

“Improving media access to this crucial aspect of our national life — where America has committed the men and women of its armed services — would be a powerful step toward re-establishing trust between voters and officials,” she writes. 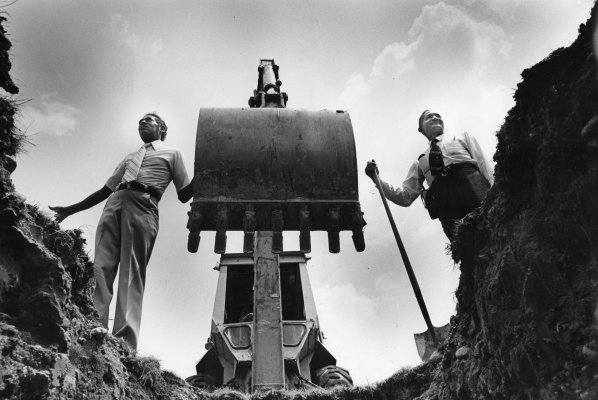 The Men Who Toiled Behind the Scenes at Arlington National Cemetery
Next Up: Editor's Pick