How a Plant Virus May Help Cause the Beepocalypse

Honeybees are dying. In the winter of 2012-2013, one-third of U.S. honeybee colonies died or disappeared, a 42 percent increase from the year before and well above the 10-15 percent losses beekeepers once thought was normal. Many of them have been hit by colony collapse disorder (CCD), a mysterious and still unexplained malady that wipes out honeybee hives. Given that honeybees pollinate about one in every three mouthfuls of food you eat—adding some $15 billion worth of value to crops each year—this is a big deal. And we don’t know why they’re dying.

As I wrote in a cover story for TIME last summer, there’s no shortage of possible causes. Agricultural pesticides, Varroa destructor mites, the Israeli paralytic virus (IASV), the loss of open wilderness—each and every factor could play some role in the death of the bees. But there’s been no single smoking gun—which has made it that much tougher to save the bees.

(MORE: The Plight of the Honeybee)

A new study, though, may shed more light on the beepocalypse. Researchers at the USDA’s Agriculture Research Laboratory, as well as academics in the U.S. and China, have found evidence of a rapidly mutating plant pathogen—the tobacco ringspot virus (TRSV)—that seems to have jumped into honeybees, via the pollen bees collect as they fly from flower to flower. The study, published in the journal mBio, found that the virus spread systematically through infected bees and hives, reaching every part of their bodies except the eyes.

While it’s not yet clear how TRSV spreads among honeybees, or what it may do to the infected—though researchers theorize it attacks the nervous system—the study found that the presence of TRSV, along with other bee viruses like IASV, was correlated with lower rates of honeybee colony survival over winters.

Part of what makes TRSV so worrying is that it’s an RNA virus, like HIV and the influenza virus in humans, which allows it to rapidly mutate and evade its hosts’ immune defenses. As a plant virus that has found a way to jump the species barrier, TRSV could be especially tricky. Cross-species pathogens are so new that hosts generally have no defense against them.

Still, this virus isn’t acting alone. The researchers found that the virus was present in Varroa mites, blood-sucking parasites that have killed millions of bees in the U.S. since being introduced in the late 1980s. It’s possible that the mites could help spread the virus from bee to bee and colony to colony, or could weaken the honeybees enough to make them more susceptible to new pathogens like TRSV. The more we learn about CCD, the more it seems as if bees are suffering from a host of ills—pathogens and pesticides and nutritional problems—all interacting in ways we haven’t yet untangled. TRSV is far from a smoking gun, but it could be a very big bullet. 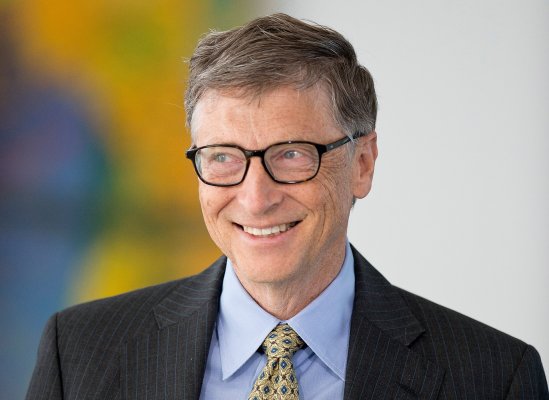 Bill Gates Talks to TIME About the Three Myths of Global Aid
Next Up: Editor's Pick