Putting a whole new meaning on “taking care of business,” recent research shows that corporate America increasingly views the bathroom — at work and at home — as an extension of their office.

About half of respondents in a recent survey (which was sponsored by Lysol) admit they bring their mobile devices with them to the restroom when they’re at work so they don’t miss a call when nature calls.

Maybe this is a sign we’re getting too busy and really just need a break. When we’re on the job, almost two-thirds of survey respondents between the ages of 25 and 44 said they multitask with their devices in the bathroom. A quarter of employees use that “quality time” to surf the web; about the same number admits to playing games, and 17% call friends.

More than a third — 36% — of employed Americans who responded to the survey admit to emailing their boss, co-workers or clients while on the toilet, and 26% said they “frequently” used bathroom breaks for catching up on work email. And for the 5% who said they text or call their boss from the lavatory, make sure you press mute before you flush.

Younger employees and parents are more likely to read, shop and communicate from the porcelain throne — or, at least, they’re more willing to admit it. According to a Huffington Post/YouGov poll conducted last fall, half of adults under the age of 30 said they use their cell phones while on the toilet paper.

The Lysol study asked another question asking what people do on their mobile devices in general when they’re in the bathroom and the results are, well, pretty much everything.

More than half browse Twitter, Facebook or Instagram, almost one in five post or like Facebook statuses and 5% post videos on Vine. Ecommerce also gets a boost when nature calls. One in five respondents to the Lysol survey said they buy stuff online. Of those, more than half said they buy clothes, and about a third order their groceries from the toilet.

Not only are we taking more work home with us, we’re taking it right into the bathroom. Ikea’s new Life at Home survey of people in eight major cities worldwide found that roughly one in six employed New Yorkers admitted to doing work when they’re in the bathroom or on the toilet in the morning — a percentage matched only by Stockholm out of the other cities in the survey.

It’s kind of a bummer that the toilet has become the only place we can have a few minutes to ourselves where we can catch up on our digital activities, but look at the bright side: If the TP runs out, at least you can send a text asking for a spare roll. 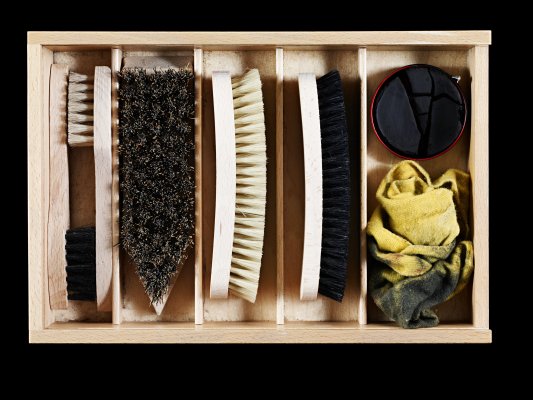 17 Daily Habits My Dad Insists Will Make You Happier and More Successful
Next Up: Editor's Pick