Christianity Today Should Not Have Published a Rapist's Story

Remember when the Good Man Project posted an article by an unrepentant rapist, supposedly as an example of things to avoid? Well, Christianity Today recently posted an article by a youth pastor who had sex with one of his students and is supposedly repentant—but doesn’t really sound that way. In fact, it squicks me out exactly the same way the Good Men Project’s posting of a rapist’s story does. Maybe worse actually, because this guy is supposedly repentant. Except not.

In the article, the unnamed jailed former youth pastor, whom we will call Tim for the sake of ease, describes his offense as an “extramarital affair” and assigns as much guilt to his victim as he accepts himself. She sinned, you see.

Tim begins his article by talking about how he grew dissatisfied with his wife. Parenting small children, he says, took a tole on their relationship. Tim says he was very successful as a youth pastor, but didn’t feel appreciated by his wife. So he looked elsewhere.

What Tim doesn’t mention at this point in the article is that this “friend” was underage. She was, you see, one of the teenagers in the youth group he pastored.

And here he finally gets around to telling us, for the first time, that “friend” he had a “relationship” with was one of his students. It’s about time, don’t you think?

You know what’s interesting? Tim doesn’t even bother discussing how this “extra-marital affair” affected his young victim. He talks about how his life came crashing down, but he doesn’t spare another word for his “friend.” Literally—not a single word. He left his victim with a shattered life and only seems to care about the fact that he lost his ministry. Oh noes.

While Tim wrote the article anonymously, there is a note at the bottom:

Maybe it’s just me, but given how this article is written, I’m thinking this guy really isn’t ready to step back into leadership.

Fortunately, readers took Christianity Today to task in the comments, arguing that they should not have posted an article of this sort by someone who so clearly had yet to take full responsibility for his actions. One of the editors later added this note to the end of the article:

I’m not buying it. The article was not written like it was by someone who took “100 percent of the responsibility,” and the author very clearly described himself as being “in a relationship” rather than as a sexual predator. 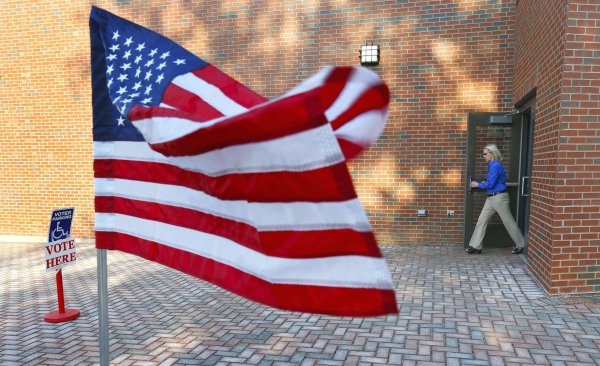 Politics Make Us Petty—But Americans Actually Agree on More Than Ever
Next Up: Editor's Pick