A mugshot of Clayton Lockett on June 29, 2011.
Oklahoma Department of Corrections/EPA
By Josh Sanburn

While many of lethal injection’s problems have focused on the drugs being used, it appears that Lockett’s execution went awry due to the actual administration of those drugs. The autopsy found that Lockett’s arms and thighs showed evidence of skin and needle punctures. IVs are typically administered through the arms, but according to the autopsy, Oklahoma’s executioners appear to have failed in accessing his veins and as an alternative attempted to deliver the fatal drugs through his femoral arteries, located in the thighs.

The autopsy found that Lockett’s veins were not damaged prior to the execution and stated that there was “excellent integrity of peripheral and deep veins for the purpose of achieving venous access.” There was also evidence of “vascular injury indicative of failed vascular catheter access,” meaning the executioners actually damaged Lockett’s veins during the attempted execution. The drugs likely leaked into his surrounding tissues rather than going directly into his bloodstream, causing a much more prolonged death.

The postmortem was conducted after Oklahoma governor Mary Fallin called for an investigation into the April 29 execution. President Obama asked the U.S. attorney general to look into the problems surrounding lethal injection following Lockett’s death as well.

A series of lawsuits around the country have challenged lethal injection methods based on the drugs’ origins, which are often kept secret. Many states have had trouble obtaining execution drugs lately and have turned to new mixtures which are loosely regulated and not overseen by the federal government. But the Lockett execution may put more of a spotlight on the actual training of executioners, which is also a concern for many who challenge lethal injection’s constitutionality. The amount and quality of training which executioners receive is often unclear.

The preliminary autopsy findings did not confirm whether Lockett died of a heart attack, which state officials claimed at the time. A full report is due within the next few weeks. 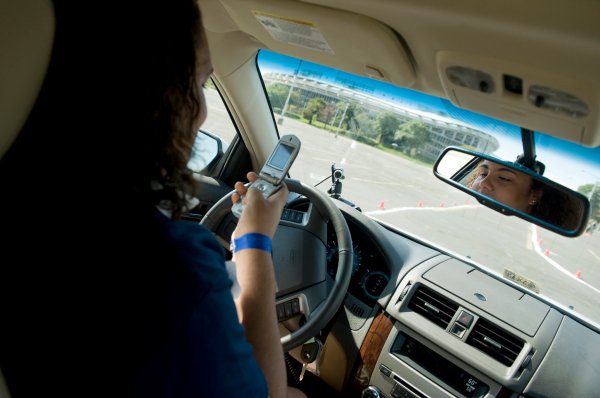 Texting While Driving Is Teenagers' New Vice
Next Up: Editor's Pick