Idaho Republican Raul Labrador is running for Majority Leader next week, he announced Friday. The move establishes him as a Tea Party rival to Whip Kevin McCarthy, the establishment favorite.

“I was stunned when Eric Cantor lost his primary election earlier this week,” Labrador said in a statement. Eric is a good friend and I have tremendous respect for him. But the message from Tuesday is clear – Americans are looking for a change in the status quo.”

His entry shakes up a race where in the last 24 hours both of McCarthy’s top rivals have dropped out, leaving McCarthy unopposed.

Labrador is popular with the 170-member conservative Republican Study Committee and would represent the Tea Party alterative to McCarthy. Though McCarthy has bragged to colleagues that he has a majority of the 240-member conference sewn up, the ballot is secret and many in the conference have wanted to see greater Tea Party representation in leadership.

The special election, to be held June 19, will replace McCarthy’s mentor Eric Cantor, who lost his primary to a Tea Party insurgent on Tuesday.

If elected, Labrador, 46, would be the first Hispanic majority leader, the first Mormon majority leader and the first majority leader from Idaho. He also hails from a solid Red State, which is important to some members who have complained that most of the leadership comes from Blue or Purple States. Labrador’s rise would be even more meteoric than McCarthy’s, as he was only elected to Congress in 2010.

Most Popular on TIME
1
Europe's Second Wave of COVID-19 Is Being Driven by Two Countries
2
Supreme Court Delivers Two Major Voting Victories to Democrats. But the Battle May Not Be Over
3
Taiwan Achieves Record 200 Days With No Local Virus Cases 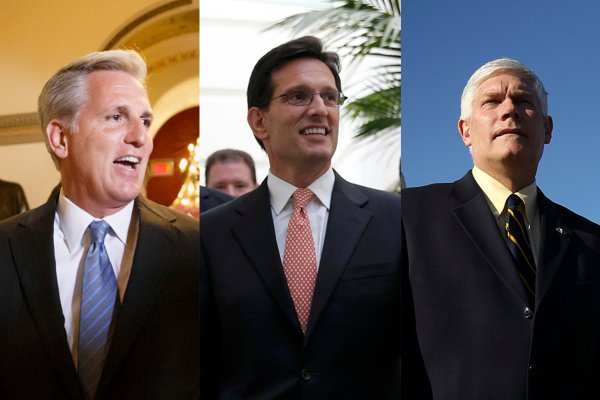 Here Comes the Game of Thrones to Replace Cantor
Next Up: Editor's Pick