Chicago Is Mad at Donald Trump

Workers install the final letter for a giant TRUMP sign on the outside of the Trump Tower on June 12, 2014 in Chicago, Ill.
Scott Olson—Getty Images
By Denver Nicks

Billionaire real estate investor Donald Trump is drawing jeers from Chicagoans over his decision to emblazon his last name in bright lights on the Windy City’s skyline.

The Trump International Hotel & Tower, a sleek 92-story structure of glass and steel and the 12th-tallest building in the world, opened six years ago in a city that tends to take its architecture seriously. Then Trump installed the five letters of his last name 200 feet above the ground, 20 feet tall in stainless steel and backlit by LED lights.

“The mayor thinks the sign is awful,” a spokesperson for Mayor Rahm Emanuel told the Chicago Tribune Wednesday. “It’s in very poor taste and scars what is otherwise an architecturally accomplished building.” Office spokesperson Kelley Quinn said the mayor’s office is reviewing options for having the sign removed or altered, though, she notes, it “was already reduced in size and scope.”

To the surprise of no living creature, The Donald thinks his sign is “magnificent” and he’s been taking to Twitter to say so. 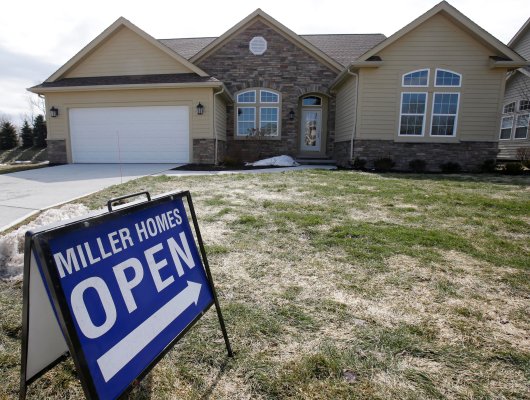 Here Are The U.S. Cities With The Most Underwater Homes
Next Up: Editor's Pick