Verizon, Netflix Spar in Epic Battle Over Who Should Pay for What

Amid an escalating dispute with Verizon, Netflix reminded everyone this week of its standing offer to fix — for free — the problem of slow download speeds, the issue at the heart of rising tensions between the video streaming company, Verizon and a host of other major Internet Service Providers (ISPs).

The latest Netflix-Verizon tiff started last week, when Verizon sent Netflix a cease and desist letter in which Verizon threatened to sue Netflix over new error messages blaming Verizon, as well as AT&T, for streaming issues experienced by customers. Netflix General Counsel David Hyman wrote in a letter Monday that Netflix would not abide by Verizon’s cease and desist, arguing that slow loading speeds are indeed caused by Verizon’s overcrowded network.

But Hyman also added that Verizon had specifically refused to solve the problem by failing to let Netflix install its magic box on Verizon’s network — for free. Netflix’s so-called “Open Connect” box would cache Netflix content so that Internet users can stream Netflix videos quickly and smoothly, all at no cost to the ISP — it could even help ISPs save a few bucks.

The problem, Netflix says, is that Verizon, along with the country’s biggest ISPs — AT&T, Time Warner Cable and Comcast — have all refused to take Netflix up on its offer. Some smaller ISPs, like Cablevision and Suddenlink, have utilized Open Connect, which has been available since 2012. Both Cablevision and Suddenlink now provide among the fastest streaming speeds for Netflix video in the U.S., beating out other cable broadband providers, like Comcast and Time Warner Cable, and clocking in 30% faster than Verizon’s FiOS service and nearly twice as fast as AT&T’s U-Verse service, both fiber networks that should smoke cable competition.

So why wouldn’t Verizon and the other big ISPs, want to use Open Connect? The simple answer is that the standoff between Netflix and the big ISPs has very little to do with streaming speeds.

In fact, it’s not really about technology at all.

Specifically, it’s about who should be responsible for paying to deliver content over the Internet. The big ISPs say that web companies like Netflix should pay ISPs to deliver their content, especially since Netflix alone now accounts for roughly 30% of total evening Internet traffic in the U.S., according to network research company Sandvine. The major ISPs argue that when they move data for major content delivery networks — companies that move data around the Internet but don’t interact directly with Internet users — they get paid a fee for delivering that content. Netflix’s Open Connect box does basically the same thing as those delivery networks, so the ISPs say they should get paid for that, too.

Netflix says that’s just not how the Internet works. Internet subscribers already pay Verizon and the other ISPs for access to the Internet — demanding payment from web content companies on top of that amounts to shameless double dipping, says Ken Florance, Netflix’s VP of content delivery. Advocates for an open Internet say demands like this create a worrisome precedent, wherein ISPs could easily become “gatekeepers” of the Internet, extracting tolls from any web company that wants to reach Internet users.

Mark Taylor, an executive at Level 3 — one of those non-public facing delivery networks — says the problem arises from the fact that the big ISPs enjoy dominant market share in the regions they serve. That means that they don’t have to worry about dissatisfied customers switching to a different provider when the latest episode of Orange Is the New Black is stuck buffering. Instead, these big ISPs are free to “deliberately harm” the quality of their customers’ Internet connections in order to demand fees from web companies, Taylor wrote in a blog post — though it hasn’t been conclusively proven any ISPs have yet done so.

This standoff leaves Netflix in a tough position. Since it has no other way of reaching its customers except through the ISPs’ “pipes,” it can either pay up or stand on the sidelines as its customers struggle to access its product. In February, Netflix CEO Reed Hastings agreed to pay Comcast an undisclosed fee to ensure that its videos streamed quickly. (He later told investors that he was “forced” into making the deal). In April, Netflix reached a similar deal with Verizon.

Despite that deal, Netflix says Verizon customers are still saddled with download speeds that are below last year’s average. Verizon’s fiber service, FiOS, service clocks in behind almost all the major cable companies, according to Netflix’s ISP Speed Index, despite the fact that FiOS’s overall speed tests are generally equal to or better than cable download speeds.

Netflix and the big ISPs have been facing off over these issues for years. With companies like Netflix accounting for an increasing share of Internet traffic and ISPs getting even larger–Comcast, the nation’s biggest ISP, made a bid in February to buy Time Warner Cable, the third biggest–the drama won’t be over any time soon. 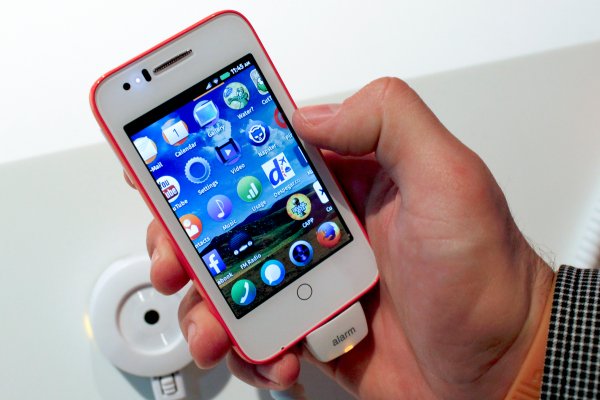 Mozilla's $25 Smartphone Is a Brilliant Gamechanger
Next Up: Editor's Pick