Remembering Ruby Dee: A Life of Artistry and Activism

She was at the forefront of a time when Hollywood began allowing actors of color to portray characters other than mammies, maids and shuffling oafs. In her first big film role, she played Jackie Robinson’s wife in a 1950 bio-pic that starred the barrier-busting baseball player. When directors needed a partner for Sidney Poitier in his early prime, they turned to her, most notably as Poitier’s wife in A Raisin in the Sun. For her performance as Denzel Washington’s feisty mother in the 2007 American Gangster, she finally received an Oscar nomination — more than six decades after her movie debut.

Film work, however illustrious, was almost an adjunct to the career and legacy of Ruby Dee, who died Wed. at 91 at her New Rochelle, N.Y., home. Dee starred on stage, with Poitier in the original production of A Raisin in the Sun and with Washington (in the 1988 Checkmates, his Broadway debut). In the 1960s she was the first African-American woman chosen to play leading roles at the American Shakespeare Festival. For her voluminous work in TV dramas, she received an Emmy award and eight other nominations. She wrote books and headlined her own one-woman show.

Throughout the long Civil Rights movement Dee spoke up, eloquently and tirelessly. By her side in these struggles was the actor, author and activist Ossie Davis. From their wedding in 1948 to his death in 2005, Dee and Davis pursued a fruitful acting symbiosis, a bold place in the fight for racial equality and one of the century’s great love affairs.

Eventually, this remarkable couple piled up the awards: a joint Screen Actors Guild Life Achievement citation in 2001, the Kennedy Center Honors in 2004 and a Best Spoken Word Grammy in 2008 for the album With Ossie And Ruby: In This Life Together. But in their long lives, together and on their own, both emerged from a time of segregation in much of the U.S. and second-class citizenship for black actors.

Born Ruby Ann Wallace in Cleveland, Dee made her New York stage debut in 1940, at 17, in On Strivers Row at the American Negro Theatre. She appeared in three more ANT productions while earning her bachelor’s degree at Hunter College, with majors in French and Spanish. From a brief early marriage to blues singer Frankie Dee, she kept only his stage name. She got to Broadway in 1945, playing a “native” (Pacific islander) in Rodgers and Hammerstein’s South Pacific. The following year Dee costarred in Robert Ardrey’s Jeb with the 28-year-old Ossie Davis. The play lasted five performances; their marriage ran for 56 splendid years.

Pretty, petite and dimpled, with a coquettish voice that could turn to icy steel when required, Dee was not structurally designed for the operatic big-mama roles that earn top awards for actresses of color. Her instrument was softer, subtler, more assimilated and reassuring — in a word, nice. She said that, as a young actress, “I didn’t have the kind of talent or personality that kept me dreaming about Hollywood. They don’t hire little colored girls to do this or that.”

Yet in her early years Dee got more substantial movie roles than nearly any other black actress. She was often cast as the sweet voice of reason soothing the rage of righteous men, as in The Jackie Robinson Story and in her four ’50s films with Poitier (No Way Out, Go Man Go, Edge of the City and Our Virgin Island). This was when a black man and woman together were a rare, and socially combustible, sight on American movie screens.

(FIND: The Jackie Robinson Story in TIME’s Top 25 Most Important Movies About African-Americans)

In Lorraine Hansberry’s magnificent family drama A Raisin in the Sun, which ran for 550 performances on Broadway and was faithfully filmed in 1961, Dee’s Ruth Younger lives in a two-bedroom Chicago “rat trap” with her husband (Poitier) and young son, her domineering mother-in-law (the great Claudia McNeil) and restless sister-in-law (Diana Sands). Ruth seems the one calm soul in this cauldron of family resentments, telling McNeil, “You just got some strong-willed children, and it takes a strong woman like you to keep ’em in hand.”

Yet Ruth has been so ground down by poverty and desperation that she scrounges to find the cash to pay for an abortion. She wants to escape the “misery and marchin’ cockroaches” for “a whole lot of sunlight.” In the corner of the action, while her husband and his family fulminate in the center, Ruth’s personal drama plays out in whispers, and the furrowed frets of grievance in Dee’s eyes. Her delicately defiant performance won her the National Board of Review’s Best Supporting Actress award. (This weekend the latest revival of A Raisin in the Sun completes its Broadway run, with Denzel Washington in the Poitier role.)

(FIND: A Raisin in the Sun on TIME’s list of Top 10 Movie Mothers)

She never stopped working, finding jobs everywhere: off-Broadway and on the road, in TV soap operas (The Guiding Light, Peyton Place) and a radio show (The Ossie Davis and Ruby Dee Story Hour). When Poitier made his directorial debut in 1972, with the Western Buck and the Preacher, he chose Dee as the female lead. Spike Lee cast her in Do the Right Thing, as the Bed-Stuy matriarch Mother-Sister, and Jungle Fever, in which she and Davis play Wesley Snipes’ parents. One of Dee’s last jobs was narrating the 2013 TV movie Betty and Coretta, with Mary J. Blige and Angela Bassett playing the widows of Malcolm X and Martin Luther King.

Dee attended the funerals of both Martin’s and Malcolm’s funerals, at which her husband spoke. The Dee-Davis marriage, which was occasionally an “open” one, continued even after his death, most poignantly in a Dee poem that was published in her 2008 collection My One Good Nerve. Titled “Ode to O.D.,” it imagines one side of a post-mortem conversation: “Wait! Ossie wait! After half a century, I have something to tell you!” Without any emotional grandstanding (the final lines are “Don’t forget to — to — / Put out the trash”), the poem summons a lifetime and beyond of love and mutual respect.

The end of Dee’s long life had the same grace and gravity as the rest of it. “She took her final bow last night at home surrounded by her children and grandchildren,” her daughter Nora Davis Dee told the Associated Press. “We gave her our permission to set sail. She opened her eyes, closed her eyes and away she went.”

Of all Dee’s performances with Ossie Davis, the most thrilling may have been their acceptance of the SAG Lifetime Achievement Award — and could any couple be more deserving of it? First Davis got a warm laugh when he called all actors “Piece workers on the Hollywood plantation.” Then Dee said, “We are artists also, and workers above all. We are image makers. Why can’t we image makers become peacemakers, too? Why cannot we, in such a time as this, use all the magic of our vaunted powers to lift the pistol from the schoolboy’s backpack? And replace it with bright images of peace, with images of hope and faith in humankind? Of life lit by some large vision of goodness and beauty and truth?”

We say Amen to that, and Hallelujah to Ruby Dee, whose life was devoted to and illuminated by that large vision. 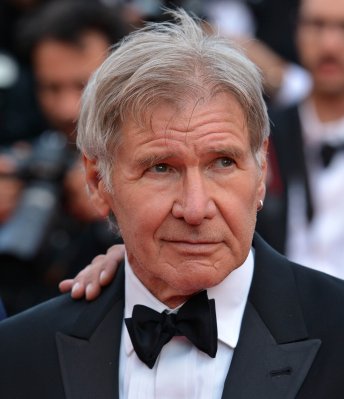