Mormon Church Should Tolerate, Not Excommunicate

Today I received the news that both a brother and sister of my church community are being threatened with the process of excommunication. The reason stated: apostasy.
Attempting to put aside my own personal feelings of sadness, confusion and distress, I would like to address this issue from the lens of family systems. After all, a central part of Mormonism is this concept of a universal family – all being seen as children of God. In fact we call our congregations “ward families.” And we are good at this family thing (support, love, acceptance) as long as we comply, abide by the rules and obey authority. This really isn’t much different from most family systems. Anxiety, distress and even discipline tend to rise when rules aren’t followed, ideas aren’t agreed with, and rebellion (real or perceived) ensues.

Murray Bowen, a psychiatrist trained at the Menninger Foundation, developed the concept of “differentiation of self,” which basically states that families and other social groups have great influence on how any one person is brought up and develops a world-view. Where families and social groups differ from one another is in their ability to tolerate difference from their members (in opinion, behavior, belief, etc.). This creates a natural tension that all group systems need to deal with at one level or another.

People with well-differentiated selves understand there is a relevant dependence on the group while still being able to tolerate and stay calm in the face of rejection or criticism. Decisions are made with authenticity and integrity – not just to conform or make others happy. Similarly, well-differentiated groups are able to stay true to their convictions and beliefs, be open to the consideration of necessary change, and able to stay calm and supportive: allowing in their midst members who reject aspects of the group’s “rules of engagement.”

Differentiation is not individuation. In other words, differentiation keeps in mind the needs, hopes, support and relationship with the “other.” It is a means towards healthy connection. It correlates with such things as emotional regulation, emotional interdependence, emotional IQ and emotional health. As the differentiation of the group/individual rises – the more able it is to adapt to stress and manage/tolerate anxiety, giving it a better prognosis for getting through conflicts intact.

So as the Mormon family faces conflicting principles in our own stated “family rules:” -Do what is right, let the consequence follow- -Search, ponder and pray- -Listen and obey – it will be interesting to see how the balance of differentiation will play out. I hope we remember that the more differentiation we can tolerate, the healthier and less anxious of a people we can be. Unfortunately, this latest news of ousting two of our own (representative of many who share similar views) portrays the message: get with the program or get out of the program. Not a differentiated stance. Harmful for many. Not a good example for how family systems should function. Against some of our own most Mormon teachings around the importance of agency, forgiveness, personal revelation & conversion, etc. And un-Christlike at its worst.

Natasha Helfer Parker is a Licensed Clinical Marriage and Family Therapist, a Sex Therapist and a member of the Church of Jesus Christ of Latter-day Saints. 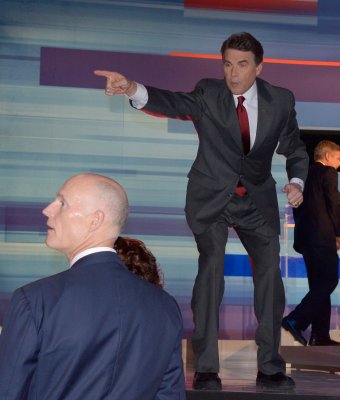 Rick Perry Is Not a Neanderthal, Says Rick Perry
Next Up: Editor's Pick