Why America Doesn't Like Soccer, And How That Can Be Changed

Fans celebrate during the United States' 2-1 win against Nigeria in a friendly in preparation for the World Cup, at EverBank Field in Jacksonville, Fla., on Saturday, June 7, 2014.
Stephen M. Dowell—Orlando Sentinel/MCT/ Getty Images
By Stephan Faris

As the FIFA World Cup begins in Brazil, pundits are already dusting off their explanations on why Americans don’t care for soccer. But only the most daring will offer proposals to change the game to make it more appealing to the American public.

First, the problem. Far and away the most common reason cited for the sport’s unpopularity in the United States is that you can spend 90 minutes watching and never see a goal. “Americans love to see scoring,” says Stephen Clark, a news anchor at WXYZ news in Detroit, who wrote a post on the subject ahead of the last World Cup in South Africa. “In soccer it’s too usual to see a game end at 1-0.”

Football — the one with the helmets and pads — may not always have a lot of scoring, but at least each touchdown delivers six points and an opportunity for a couple more. And then, between them, there’s the relentless to-and-fro across the field. “It’s almost military,” says Clark. “We like to march down the field and get rewarded for every victory. You’re rewarded every ten yards. It’s like conquering territory.”

Compare that to soccer, where it’s not unusual to see a team reset the play by kicking the ball back towards their own goal. The play never stops, but nobody gains lasting advantage. “When do you go the bathroom?” says Clark. “When do you get a beer?” More crucially, he points out: When does the broadcaster get a commercial break?

The problem isn’t just infrequent scoring, says Michael Mandelbaum, director of the American Foreign Policy program at John Hopkins University and author of The Meaning of Sports: Why Americans Watch Baseball, Football, and Basketball and What They See If They Do. It’s the frequency with which games end in a “draw” — or a tie, in American parlance.

Ties are impossible in baseball and basketball, he points out, and “as rare as eclipses” in American football. And when they do happen they aren’t settled by something as capricious and peripheral to the game as penalty kick shoot-outs. “This seems absurd to Americans, like deciding the Super Bowl through a field goal kicking contest,” he says.

Mandelbaum also offers a proposal to make the game more popular in the United States. He’d alter the rules to favor the offense, eliminating the offside rule, which forbids players from passing to teammates standing behind enemy lines. Alternatively, he’d use the number of corner kicks awarded to each team as a way to break ties, a method that would reward aggressive play. “For this to happen in the US, however, the rest of the world would have to do the same, which it won’t,” he says.

The close-mindedness of the sport’s establishment shouldn’t stand in the way of a good idea. And so, in that spirit, here’s a modest proposal: soccer should take its cue from boxing and install three field-side judges to secretly score every 15-minute interval. Goals would be like knock-outs. Points would only come into play in the case of a tie.

The scorecards would put greater importance on each moment of the game (Sorry Clark, still no bathroom breaks). Teams would be motivated to play spectacularly or risk losing on points. Squads that felt they had slipped behind would be doubly pressed to get that last minute goal.

Best of all, the change would bring an entirely new aspect to the game, one not unfamiliar to fans of boxing (or for that matter figure stating): judges. After all, it’s one thing to argue about a referee’s call on a set of objective, verifiable rules. Think of all the fun that can be had arguing about the secret decisions of the judges. 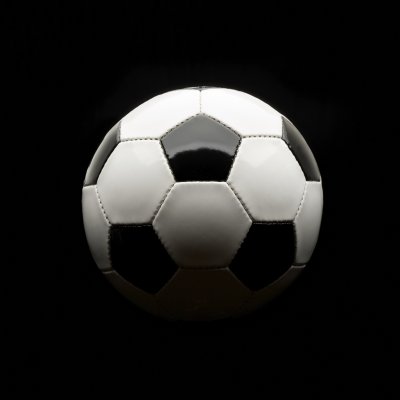