It’s been a so-so year for snow in the far west of North America. But you wouldn’t know that at British Columbia’s Whistler Blackcomb, site of the 2010 Games. Anxiety about snowfall prompted planners to expand Whistler’s snowmaking coverage to 8,000 acres (3,240 hectares). As a result, the resort boasted a 50-in. (127 cm) base in late January.

Similar concerns have dogged Sochi, which like Vancouver is near the coast and is sometimes warm in midwinter. So organizers took steps that all but guarantee snow for this year’s Games; the snowmakers have been busy all season. Rosa Khutor is the main ski resort in Krasnaya Polyana, the mountain town above Sochi where about half of the Olympic events will be held. It’s decked out like a kitschy Austrian alpine hamlet except for the outdoor borscht bar smack in the middle of the resort, staffed by uniformed Cossacks serving salo (salted hog fat) and a Slavic moonshine so authentic, it could unfreeze an engine block.

The Russians hope the Games will put Rosa Khutor on the winter tourism map. It’s spanking new but far smaller than the average European ski resort, with only about 43 miles (70 km) of trails. Italy’s Sestriere, site of the 2006 Games, can link skiers to six other resorts (one in France) and 250 miles (400 km) of runs in a region called the Milky Way; the Salt Lake City region, home to the 2002 Games, offers access to 11 ski areas. 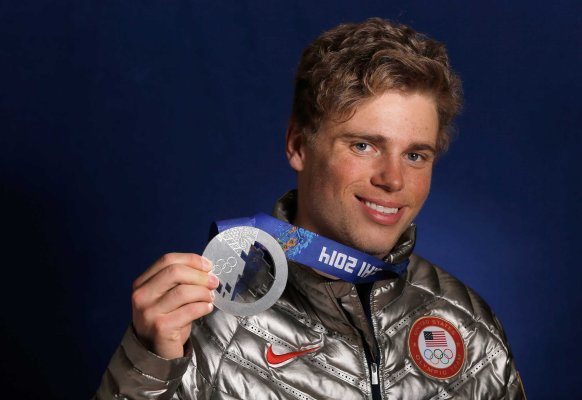 Olympic Freeskier Gus Kenworthy Comes Out as Gay
Next Up: Editor's Pick