“Be careful to ‘be real,'” reads a now famous memo written for Hillary Clinton by a top aide back in 1999, when she was embarking on her first campaign for the U.S. Senate. It was sound advice, which Clinton appeared to be heeding 15 years later on June 9 when she chuckled and charmed her way through an hour-long interview with ABC’s Diane Sawyer about her newest book, Hard Choices.

But “real” is a tricky thing in politics. When Sawyer pressed Clinton on the enormous wealth–more than $100 million–that she and her husband have amassed from the public-speaking circuit, Clinton said point-blank that they needed the money after eight years in the White House. “We struggled to, you know, piece together the resources for mortgages, for houses, for Chelsea’s education,” Clinton said, referring to the couple’s two homes, in the New York City suburbs and Washington, D.C., both valued at over $5 million. “You know, it was not easy.”

As far as political gaffes go, it was a fairly minor one. But amid a stage-managed rollout of a sanitized book, whose 635 pages read as though they were scrubbed by several dozen loyal aides and lawyers to prevent any admissions, it was the sort of reality that people notice. Until then, nothing had been left to chance. Select chapters of Hard Choices had been leaked ahead of time, and Clinton’s early book signings were case studies in micromanagement: a publication-day Barnes & Noble event in New York forbade personalized inscriptions and photos with the author.

All of it underscored the obvious: Hard Choices is not a literary event but a political one. As she released her book, a Republican group published a rival tome, called Failed Choices–a barbed e-book to chronicle Clinton’s alleged failures and falsehoods (with Benghazi as Exhibit A, of course). Failed Choices, in turn, was counterrebutted by an open memo from the pro-Hillary group Correct the Record, promising readers “what to expect from the right”–even though the right had not yet seen the book.

It all felt a little unreal. Such is the paradox of politics, especially for Clinton–and just one reason that running for President really is a hard choice.

A gunman in Oregon killed one student and then himself at a high school in Troutdale on June 10, the 74th school shooting since 20 children and six adults were murdered in Newtown, Conn., in 2012. Speaking hours later, President Obama called the failure to pass tighter gun-control measures the “biggest frustration” of his presidency.

A California judge struck down the state’s teacher-tenure laws on June 10, a major victory for education-reform advocates who argue that the rules, which make it difficult to fire even bad teachers, hurt students, especially in low-income schools. Teachers’ unions called the ruling “anti-teacher” and vowed to appeal.

The first legal commercial drone flight over U.S. soil took place June 8, after the Federal Aviation Administration authorized the energy company BP to use an unmanned 4.5-ft. aircraft to survey its oil fields in Prudhoe Bay, Alaska. The movie industry is seeking similar clearance to use drones in filmmaking.

The NCAA has agreed to pay $20 million to settle a lawsuit brought by current and former top-level college football and basketball players whose likenesses were used in video games. If approved, the deal could mark a turning point in the debate over compensating college athletes, which TIME examined in the Sept. 16, 2013, cover story, “It’s Time to Pay College Athletes.” 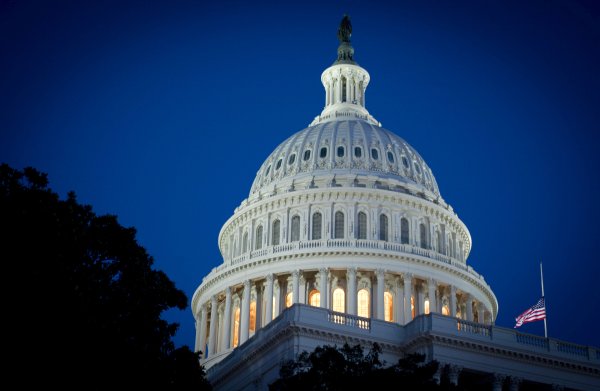 How The United States Is Growing More Partisan
Next Up: Editor's Pick