Dreamworks animation made its name, and its billions, with snazzy cartoon vaudeville: the tummlers of Shrek, Madagascar and The Croods. In this anything-for-a-laugh menagerie, 2010’s How to Train Your Dragon stood out for its sweetness and seriousness. The story of the Viking boy Hiccup and his pet dragon Toothless featured much mutual learning and hugging and, from Toothless, slobbering kisses. The tone was murkier, the message less Looney Tunes than Lifetime.

Writer-director Dean DeBlois’s sequel is even more somber. Like The Empire Strikes Back or the second The Lord of the Rings episode, it’s a war movie with aching betrayals and heavy casualties. Mortal dangers lurk not just for Hiccup (voiced by Jay Baruchel) but also for all Vikings and their dragons. Rated PG but nearly as fierce and brooding as Game of Thrones, this medieval mortality play could be called Game of Dragons.

Designated the next King by his regal father Stoick (Gerard Butler), Hiccup is reunited with his mother Valka, missing and presumed dead in Dragon 1. She’s become the den mother of a sanctuary for lost dragons. Voiced by Cate Blanchett, Valka is Galadriel, Jane Goodall and a Greenpeace activist in one elegant package.

But fairy tales can take life as well as restore it. Be warned that one core member of the Dragon family will kill another core member. It makes this an odd movie to be opening on Father’s Day weekend.

The battles and deaths may prove too intense for wee viewers. Too bad, because the movie’s luscious 3-D palette, overseen by master cinematographer Roger Deakins, is a wonder of bright creatures popping out of, or soaring into, sepulchral places, like Avatar remade at midnight.

If Dragon 1 served as training wheels for a darker DreamWorks tone, the new movie is a fully mature DreamWorks 2.0. 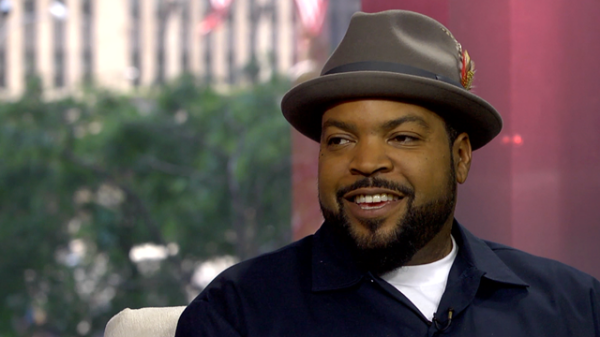 Ice Cube Explains How to Rap About Being Poor When You're Rich as Heck
Next Up: Editor's Pick