Tracy Morgan speaks onstage at Spike TV's "Don Rickles: One Night Only" on May 6, 2014 in New York.
Kevin Mazur—Getty Images for Spike TV
By Nash Jenkins

Three days after the New Jersey traffic accident that put Tracy Morgan in intensive care and killed his fellow comedian Jimmy Mack, TMZ shared a video of the crash scene. In it, we see Morgan’s limousine flipped over on its side, a crowd of motorists gathered around it, and, toward the end of the clip, the unconscious body of comedian Ardie Fuqua being removed from the vehicle.

On Wednesday night, Louis C.K. and Judd Apatow took to Twitter to urge TMZ to remove the footage from its website and to encourage their followers to do the same.

Their requests come a day after Fuqua’s daughter posted an Instagram photo petitioning the website to take down the video.

“They don’t understand how hurtful it is to see my father be dragged out of the wreckage,” the post reads.

As of early Thursday morning, TMZ hadn’t acknowledged the requests. It would be rare for them to comply, although not completely unheard of: in 2013, the site deleted the video it posted of 19-year-old Andre Lowe’s murder outside a Hollywood nightclub after the victim’s family launched a massive online campaign requesting the clip be removed. 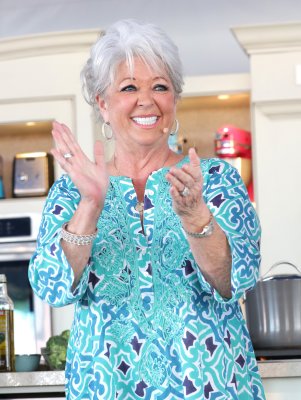 Paula Deen Cooks Up Her Own Online Network
Next Up: Editor's Pick