How The United States Is Growing More Partisan In 10 Charts

A new survey from the Pew Research Center provides hard data to a phenomenon readily apparent across the county and on cable news: the United States has become more politically partisan than at any time in its modern history.

In a nationwide survey of 10,013 adults, the nonpartisan research outfit found troubling data about the state of the American political system, finding that Americans on either side of the political spectrum aren’t just growing further apart politically, but culturally as well. Increasingly, the poll’s results show, liberals have become more ideologically consistent with other liberals, and conservatives with other conservatives. Both sides are more disapproving of those they disagree with. Those at the extremes are the most vocal, as the dwindling center has grown frustrated by both wings. These are trends that underlie the historic unproductiveness of congressional lawmakers.

Democrats have shifted consistently and slowly leftward over the past 20 years, while Republicans have moved relatively quickly rightward over the past decade. More troubling may be the increasing insularity among both ideological wings, as they retreat to different geographic and social spheres.

Americans are becoming either more liberal or more conservative as the center shrinks:

And each party has grown increasingly contemptuous of the other:

Over time, Democrats and Republicans have become more polarized in their views of the nation’s presidents

Those most active in politics are the most ideological

And many want friends who share their political views

At either end of the spectrum, compromise means the other side embracing everything you believe in

This Pew report is the first in a series exploring the growing political polarization of the United States. The survey was conducted through a combination of online and telephone interviews from January 23-March 16, 2014 and has a sampling error of ± 1.1 percentage points. 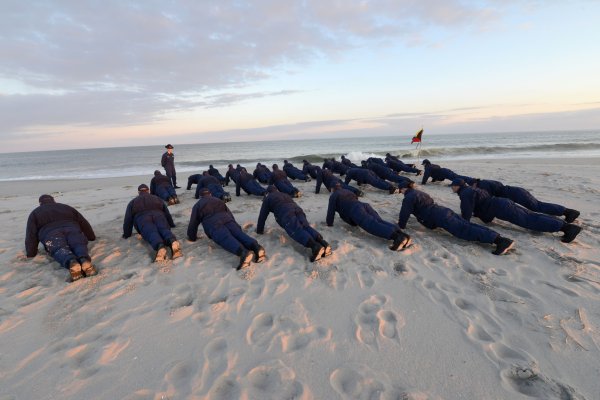 The Significance of Bergdahl’s Coast Guard 'Washing Out'
Next Up: Editor's Pick