Time to Talk About Inequality

Economic growth is up. Unemployment is down. The housing market is in recovery. So why didn’t President Obama’s State of the Union speech strike a more economically triumphant tone? In a word, inequality. It’s bad, and it’s going to get worse. The forces of globalization and technology tend to wipe out middle-income jobs and favor those at the very top of the socioeconomic ladder. A new McKinsey Global Institute study found that 230 million white collar jobs, representing some $9 trillion in income, will be transformed or even eliminated by computers in the next decade. As Eric Schmidt, the former CEO of Google, put it recently at the World Economic Forum in Davos, “We’re in a race between computers and people–and we need to make sure the people win.”

Inequality matters for lots of reasons: It makes countries less economically and financially stable, it dampens growth by keeping wages and spending low, and it reduces social mobility. It also just makes us feel bad. Behavioral economics tells us that our sense of well-being isn’t absolute but rather is pegged to how the Joneses are doing. That’s why it’s no surprise that a new Pew study found that fewer and fewer Americans identify themselves as middle class. Yes, we have a recovery, but it’s a bifurcated one. There are jobs for Ph.D.s and burger flippers but not much in between. The rich are indeed getting richer: the top 1% took 95% of all new wealth created in the U.S. from 2009 to 2012. Six of the top 10 fastest-growing job categories are $15-an-hour service gigs. And median income has fallen not since the crisis and recovery but since 1999–that was the last time the American family got a raise.

While the President talked a lot about the middle class, he used the word inequality only three times in his hour-plus address (as opposed to 26 times in a similar talk last December; his message people had clearly decided it was too negative). But it was the subtext of the speech, which was almost entirely devoted to policy ideas designed to bridge the wealth gap. Their efficacy, assuming he can see them through, will vary. Yes, raising the minimum wage is a good idea, but mainly at the margins; it increases spending power and seems fair, but it doesn’t create the sort of middle-class jobs we need. Sure, free trade helps U.S. exports, but again, it doesn’t necessarily create more jobs. Indeed, as Nobel laureate Michael Spence has shown, net job creation in areas of the American economy most open to trade has been basically nil since the 1980s. Immigration could bring in more skilled labor. But that’s also a marginal change, not a structural shift in our economy.

The most economically promising part of the President’s speech centered on education, in particular transforming secondary education by bolstering science, math and technology skills and linking educators with job creators. In last year’s SOTU, the President pushed ideas like the six-year high school model rolling out in New York City and Chicago, which allows companies such as IBM, Microsoft and others to help design the curriculum that kids need in order to become employable. Students also graduate not just with a high school diploma but also an associate’s degree. This year, it’s clear Obama wants to take that idea national, which makes sense in a world in which the majority of the 14 million jobs created in the next decade will require at least two years of college, if not more.

Getting businesses, which are more flush than ever, to play a greater role in what have traditionally been public-sector arenas like education is absolutely essential. But education is a long-term proposition. As Warren Buffett once told me, “We can’t educate ourselves out” of the inequality problem in the short term; that’s why we’re going to need some wealth redistribution in order to buffer the next few years of job destruction and evolution. While the President called for the closing of some corporate loopholes, we need to have a serious conversation about raising the capital gains tax, ending deductions that favor debt over equity and disproportionately reward the rich, and increasing incentives for firms that put more money into R&D and less into share buybacks or overseas bank accounts.

I also wish the President had talked more about long-term entitlement reform. The truth is that businesses in the U.S. are investing, but only in short-term assets (meaning those that mature over 15 years or less). After that, corporate investment drops off a cliff, which many experts take as proof that business doesn’t believe in the country’s ability to come up with a realistic budget and growth plan after that point. It’s a telling metric–and one Obama only scratched the surface of in his SOTU speech. 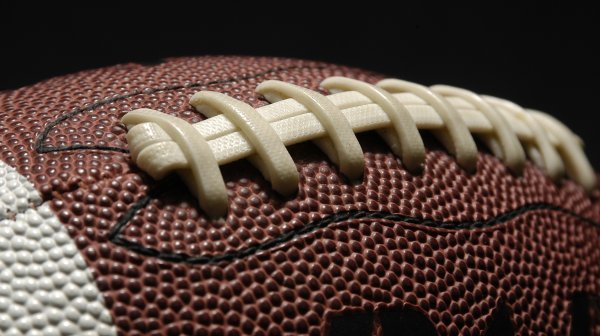