Tech mogul Sean Parker has bolstered his plan to revitalize American politics through tech with some significant acquisitions announced Wednesday.

Parker’s Brigade Media, revealed in an April SEC filing reported on by TIME, has purchased a controlling stake in Philotic Inc., which owns Causes.com, “the world’s largest online campaigning platform,” the group said in a statement. With the takeover, Brigade also acquires Votizen, a startup launched in 2013 to help educate and organize voters.

“This is one of the first steps we’re taking to re-energize interest in democracy by bringing together people who are passionate about different issues in their communities, cities, states and countries, and allowing them to take action,” the group said.

Launched as a social good app for Facebook in 2007, Causes acts as a social network and fundraising platform for 186 million users in 156 countries. The site will continue to function for now but eventually Causes.com will disappear and be subsumed into Brigade.

Causes CEO Matt Mahan will take over from Parker as Brigade Media’s new CEO while former VP of Revenue James Windon becomes Brigade Media’s president. The Facebook billionaire will serve as Executive Chairman and “continue to drive product vision and will work with Matt and James on strategic functions of the company,” a spokesperson told TIME.

Other organizations aren’t the only things Brigade says it’s acquiring. As it seeks to overcome “50 years of declining participation in democracy and feelings of powerlessness,” the company says it’s on a hiring spree looking to pick up engineers, product designers and political strategists.

“We believe there is great power in the technology that Causes and Votizen helped build,” the group said, “and today’s acquisition supports Brigade’s goal of tackling one of the last areas of our society nearly untouched by technology: civic engagement.” 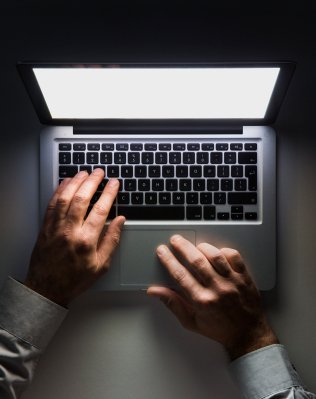 Cybercrime Costs The World Economy Hundreds of Billions
Next Up: Editor's Pick