Mozilla's $25 Smartphone Is a Brilliant Gamechanger

A device with the new Firefox OS is presented at the Mobile World Congress in Barcelona, on February 24, 2014.
AFP—AFP/Getty Images
By Alex Fitzpatrick

Mozilla plans to roll out a $25 smartphone by the end of the year, the Wall Street Journal reported Wednesday.

$25? For a smartphone? Sounds crazy, right? Actually, not so much.

Mozilla is best known for its desktop browser, Firefox. But it also has a mobile operating system, Firefox OS, that gets so little attention you might think the company was trying to keep it a secret. (To see what it looks like, check out this Fortune story.)

Mozilla’s big problem in getting people to use Firefox OS is that if you’re an Android or Apple iOS user enjoying top-notch hardware and the myriad apps available for either system, why would you ever want to switch to an upstart, unproven OS with few developers working on cool new software? You wouldn’t. And Firefox OS’ competitors already dominate the existing smartphone market—globally, in the last quarter of 2013, Android OS had 78% of smartphone users, Apple’s iOS had 18% and the rest was split between BlackBerry, Windows Phone and various small-fry operations.

So if people who already have a smartphone won’t switch to Firefox OS, how could Mozilla possibly get a bigger slice of the mobile OS pie? Simple: Create new smartphone owners.

The $25 Mozilla smartphone—packed with Firefox OS, of course—will be sold in emerging markets like India and Indonesia, the Journal reports. Old-school “feature phones” still dominate in those countries because they’re ultra-cheap devices in countries where a few dollars can make the difference between poverty and sustainability. Mozilla’s bet is this: Bring smartphone prices in emerging markets down to $25, where they can compete on cost with feature phones, and people will jump at the chance to upgrade. And when they do, boom, a bunch of people are suddenly using Firefox OS, finally making it a relevant player in the global mobile OS wars.

Even if Mozilla breaks even or takes a loss on the hardware, it could eventually turn some kind of a profit on software, a model used by Amazon’s Kindle and most gaming consoles. And there are good reasons to root for Mozilla’s $25 smartphone gambit: If it’s successful, it has the potential to ignite a new wave of software entrepreneurship in emerging markets, where a comparatively small number of developers have mostly been focused on low-tech—but still impressive—apps based on SMS and WAPP, two technologies largely considered outdated in the U.S. but still widely used in many countries abroad.

What could thwart Mozilla’s plans, however, is largely outside of its domain: infrastructure. For smartphones to do smartphone stuff, they need a mobile data connection. India and Indonesia have both been taking pains to improve their respective mobile broadband infrastructures—and there’s clear demand for it in both countries—but both countries have plenty more to do before penetration rates hit satisfactory levels.

If there’s clear customer demand for Mozilla’s $25 smartphone in either country (and elsewhere), that could convince lawmakers and telecom leaders to build more cell towers, lay down fiber and make other capital investments in their networks. But for now, infrastructure remains the weak link in Mozilla’s mission to conquer emerging markets $25 at a time. 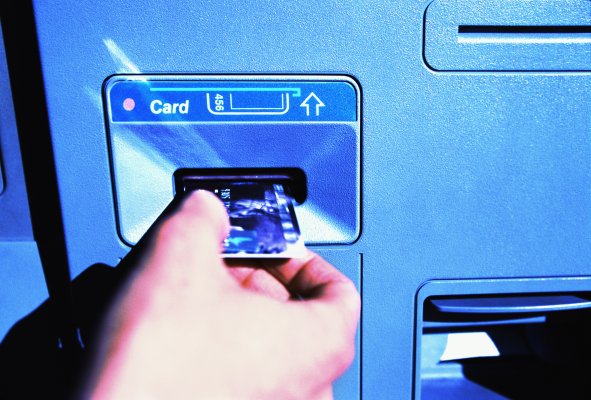 Teens Hack Into ATM Just to Let Everyone Know They Can
Next Up: Editor's Pick