The Microsoft Corp. logo at a launch event for the company's Windows 8.1 operating system in Tokyo, on Oct. 18, 2013.
Kiyoshi Ota—Bloomberg/Getty Images
By Sam Frizell

Microsoft is opposing a U.S. government request that would force the technology giant to hand over a customer’s email stored in an Ireland data center, the latest tech challenge of federal information requests after the Snowden disclosures.

The company said in a court filing made public Monday that the judicial order to hand over email stored in a data center in Dublin, Ireland “would violate international law and treaties, and reduce the privacy protection of everyone on the planet.”

Microsoft’s argument is partially based on the premise that the Fourth Amendment requires the government to specify the place to be searched. As the email is stored in Ireland, Microsoft said, the U.S. government would be violating the “territorial integrity of sovereign nations.”

The U.S. government’s ability to sweep up emails stored in data centers abroad would hurt Microsoft’s business, the company said, as well as other American companies.

Federal prosecutors argued in February that a court can order companies to release records, regardless of where the records are stored. A judge in April agreed, saying that a search for digital information occurs when information is exposed to possible human observation, “such as when it appears on a screen,” rather than when it is copied by the hard drive.

Microsoft’s latest challenge came in the last week and was first reported yesterday by the New York Times.

Tech companies like Microsoft have begun resisting the government’s efforts to obtain their data. Google is laying a fiberoptic cable under the world’s oceans which would allow it better protect its customers’ data, and is also encrypting more of its information, and companies are building data centers abroad.

Forrester Research has estimated that the potential lost sales for U.S. tech companies abroad hurt over the Snowden revelations could be as high as $180 billion, or 25 percent of industry revenue. 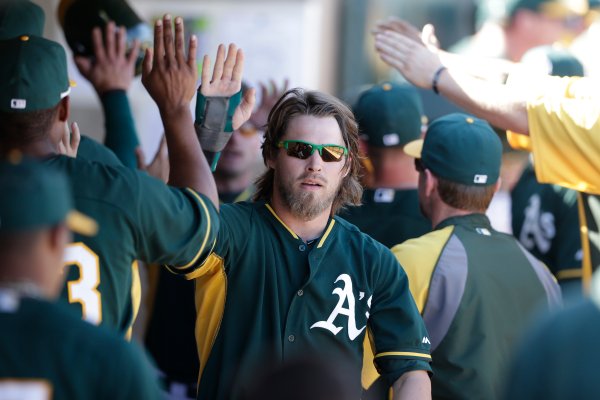 Oakland A's Outfielder Makes the Most Amazing Throw Ever
Next Up: Editor's Pick