Apple Tax Breaks to Be Probed By E.U.

Apple Operations International, a subsidiary of Apple Inc, is seen in Hollyhill, Cork, in the south of Ireland May 21, 2013.
Michael MacSweeney—Reuters
By Sam Frizell

The European Union opened an investigation Wednesday into the tax affairs of large corporations including Apple and Starbucks that regulators believe receive sweet tax deals that are illegal in the E.U.

The E.U.’s top antitrust official, Joaquín Almunia, will probe how Apple pays its taxes in the Republic of Ireland, as well as Starbucks in the Netherlands and Fiat Finance and Trade in Luxembourg, the New York Times reports.

The three countries are known to offer tax inducements to attract large businesses, and regulators aim to find whether the countries offered unfair tax incentives that favored particular companies and would amount to illegal state aid under the E.U.’s laws.

Ireland, which has become a preferred place for tech companies to place their international headquarters due to low corporate taxes, denied that it gives Apple a favorable tax break.

“The company in question did not receive selective treatment and there was no ‘special tax rate deal,’” the Irish government said in a statement, apparently referring to Apple.

U.S. lawmakers say that Apple has dodged billions of dollars in taxes in the United States through a complex multinational web of subsidiaries, though CEO Tim Cook has insisted his company’s tax strategy is fair. 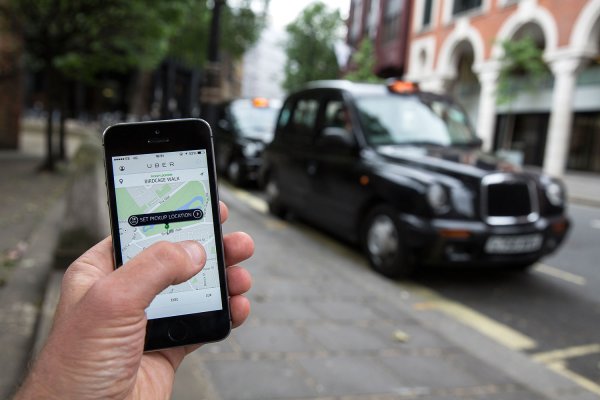 Uber Protests Set for Europe
Next Up: Editor's Pick