Police officers raid a religious facility owned by the Evangelical Baptist Church in Anseong, South Korea, on June 11, 2014
Shin Young-geun—Yonhap/AP
By Per Liljas

Some 5,000 South Korean police officers raided a religious compound on Wednesday in their search for fugitive businessman Yoo Byung-eun, wanted for his alleged complicity in the April 16 Sewol ferry tragedy that left over 300 people dead or missing.

The compound belongs to the Evangelical Baptist Church where Yoo is a prominent member. Critics call the group a sect — a claim Yoo denies — and investigators believe their business arm helped fund Yoo’s complex web of holding companies, through which he allegedly owned the sunken ship. Corrupt management of the ferry’s operator is claimed to have led to deficient safety procedures, eventually contributing to the disaster.

Four church members were arrested on suspicion of assisting Yoo evade the law, and another member was detained for allegedly attempting to impede the police operation.

Police and prosecutors are offering a $500,000 reward for tips about Yoo’s whereabouts, and $100,000 for his eldest son. His daughter Yoo Som-na was detained in Paris under an international-arrest warrant in May. 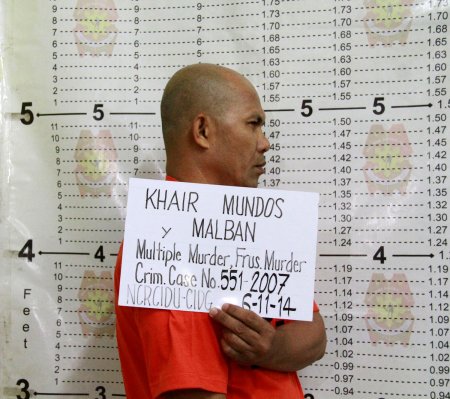 Man on U.S. 'Most Wanted' List Is Arrested
Next Up: Editor's Pick