The Curse of 'Friendly Fire'

A B-1 bomber over Afghanistan.
Air Force / Getty Images
By Mark Thompson

The war in Afghanistan began with friendly fire. Now it seems to be ending the same way.

On Dec. 5, 2001, two months after the U.S. invasion, a massive 2,000-lb. (907 kg) bomb killed three U.S. Special Forces north of Kandahar. The GPS-guided weapon struck the Americans because the controller on the ground who called in the air strike changed the battery on his GPS device in the middle of the bombing run. But he didn’t realize that once the unit rebooted, the aim point it began transmitting to the B-52 bomber far above wasn’t the enemy’s location. It was his.

On Monday, at about 9 p.m. local time, it happened again, this time in restive Zabul province in the southern part of the country. “Five American troops were killed yesterday in an incident in southern Afghanistan,” Rear Admiral John Kirby, the Pentagon’s chief spokesman, told reporters on Tuesday. “We do have reason to suspect that friendly fire was the cause here, specifically friendly fire from the air.” Reports from Afghanistan indicated a B-1 bomber mistakenly dropped its weapon on the commandos for unknown reasons. The blast also killed an Afghan soldier.

Kirby declined to specify the aircraft or whether those killed were special-ops troops. “Pardon me for editorializing,” he said, “but let’s remember we got five families that are having a pretty tough day today.”

Once again, Taliban fire triggered a call for airpower that apparently ended up killing those who made the call.

Fratricide — where one side kills its own in combat — is a curse of the technologically advanced. They are most likely to have the beyond-visual-range, fast weapons — and the need for batteries to summon a bomb from the heavens — that make it more likely.

Beyond the death and devastation caused by friendly fire, it ripples through the ranks, making those left behind less aggressive, more likely to forfeit the initiative, leery of fighting at night or bad weather and raising doubt in the minds of the commanders involved.

“The fact that the percentage of casualties resulting from friendly fire from World War I through Vietnam has been extremely low does not make the accidental killing or wounding of one’s own troops any less tragic or unpalatable,” a 1982 Army report said. “There is reason to believe that the casualties attributable to friendly fire in modern war constitute a statistically insignificant portion of total casualties (perhaps less than 2%).”

Weapons got better faster than the trigger fingers firing them. “While modern weapons have furthered the military’s combat firepower, technology that can help U.S. fighting personnel maintain situational awareness and differentiate between friends and foes in difficult combat conditions has lagged,” a 1992 Army paper noted. But doctrine — how and when to use force — and training — how to use it properly — are just as critical in reducing friendly fire as technology, military officers say.

As war has become increasingly antiseptic — with the ability to track who killed whom — friendly fire has loomed as a growing problem. In 1991’s Gulf War, 24% of the 148 U.S. battle deaths — 35 — were due to so-called friendly fire.

“The press of battle, political considerations, emotions and most particularly the lack of a comprehensive and accessible automated data base have mitigated against thorough examinations of the problem,” a 1993 outside study conducted for the Army said. “Recent analysis of empirical data from World War II, Vietnam and Operation Desert Storm indicates that historically accepted fratricide rates of about 2% … are woefully low.”

That sparked a lot of research into ways to curb such accidents, although they continue to occur, if not at the rate of the Gulf War (one tally acknowledges 23 cases of friendly fire in Afghanistan that have killed 40 U.S. and allied troops). In April 2002, four Canadians died when a U.S. Air National Guard pilot dropped a 500-lb. (226 kg) bomb on them while they were conducting a nighttime training exercise in southern Afghanistan. Three British soldiers were killed in August 2007 when a U.S. Air Force F-15 bombed their position during a firefight with the Taliban in Helmand province.

As the 1994 shootdown in Iraq of two U.S. UH-60 Black Hawk helicopters by a pair of U.S. F-15s, which killed all 26 aboard, and the 2004 friendly-fire death of NFL football star turned Army Ranger Pat Tillman in Afghanistan — as well as the pair of bombings in Afghanistan — demonstrate, progress has been halting. 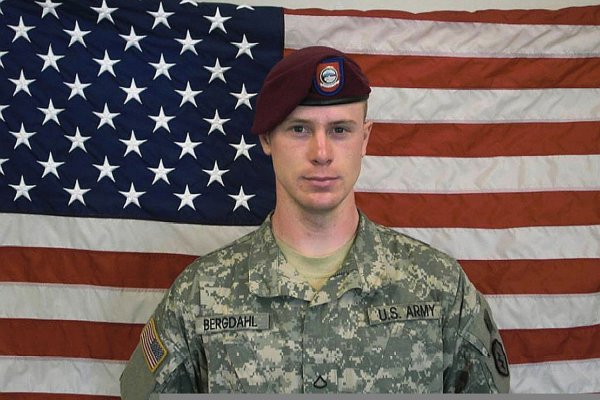