Lindsay Lohan Recalls the Time She Had Sex With James Franco

Tuesday, James Franco published his fictional account of the time he did not have sex with Lindsay Lohan—another platform on which to deny her infamous “sex list.” Well, she maintains they did. Here’s what happened.*

James Franco says that we did not have sex and one of the things I learned growing up in a family of chaos was to respect other people’s truths, even if that truth is something they made up driving home wasted in an Escalade that I frickin bought. Anyway, since he has shared his version of events, I think it’s only fair that I share mine.

It was a few years ago. I don’t remember if I was sober or not. I think I probably was. I actually never even really drank that much, and as I told Oprah, I only did coke 10-15 times, so statistically, the chances are good I was not wasted when this happened.

I was wandering around the Chateau Marmont, which is a hotel. Some people like to go on and on about what it represents to them and all the stuff they did there, but I’m just going to stick with calling it a hotel, because on Long Island we like to keep it simple.

I will say that I do like the Chateau because there are lots of beautiful flowers tended by people who care as deeply about tending flowers as I do about my passion, starring in films. I had just taken a swim in the pool where, per the advice of several therapists, I had taken some time to imagine that I was one of any number of various sea creatures. Afterwards I had taken a leisurely shower and then put a deep conditioning pack on my hair. So I was just walking around inhaling the scent of night blooming jasmine and my deep conditioning pack when one of the bungalow doors opened.

This guy stuck his head out. I didn’t know who it was. In fact at first I thought it was this guy who worked at the Coffee Bean and Tea Leaf on Beverly and I was like what is he doing here? “Hey,” he said.

As I got closer I saw that it was that actor who always wants people to think that he’s smart but I still couldn’t remember his name.

“What are you doing?” he said.

“Why?” he said. He said it in this really challenging way, like deep conditioning your hair was against the law.

“Uh, because it has a lot of split ends from being so color treated and all the extensions that I have used over the last few years, being an actress who cares about my craft, the way that Chateau Marmont flower-tenders care about flowers.”

He shook his head. He was kind of good looking I guess but there was something about his face. He looked so serious, like he had just finished reading 1000 books and had to read 1000 more or he was never going to get to watch TV again.

I said, “Duh, that’s all I think about. But deep conditioning my hair is one of the ways I find my center.”

“That’s beautiful,” he said. He actually got a tear in his eye. Then he said, “I’m sorry, it’s just that the intersection of the banal commercial world with narratives about inner peace triggers a conditioned, sentimental response in me that produces something like actual feelings.”

It was all clear now. “You’re James Franco,” I said.

He asked me to come in and I did. I sat in a chair.

“Gus Van Zandt once sat in that chair,” he said.

“I’m sorry, I don’t know who that is,” I said, even though I did. I knew anyone who went to school for as long as James Franco had was probably just enough of a jerk to imagine that everyone he came in contact with was the stupidest person in the world. “Is that your dad?”

James Franco laughed. “In a way he is, I guess. Parenthood is so – circumscribed by biology in this culture. And really, since what I am is an artist, really, more than a human, and since he is an artist, more than a human, really, why can it not be said that our relationship was more of a parenting relationship than the one I had with the people to whom I am attached by mere biology? Now, if biology was the ideology I adhered to, certainly, by that measure I would have to allow that he is NOT my father.” All of a sudden he looked really excited. “You know what’s intense? In a way, Gus and I are like – husband and wife. And “Milk” is our gay baby.”

He got very excited. “That is such a good idea for an art installation! A series of photographs, fake documentary style. Gus and I meet, we fall in love, and we have a baby, he gives birth to it, I think, not me – well. Wait. Maybe it should be me. Yeah. An image of me pregnant would be so super intense, and really open up a lot of intense dialogue about gender, whereas if an older, gay less gorgeous person was pregnant, it wouldn’t be as interesting. Don’t you think?”

James Franco went on. “And so I give birth to a baby, but the baby is a movie, not a baby. That is seriously twisted. A movie being a baby, but really being a movie? Don’t you think?”

I don’t even think he heard me. I went in the bathroom. He kept talking. “And the baby-as-movie goes to pre-school, and high school, and to college. And meanwhile, we get divorced and the judge puts the baby-move on the witness stand to see who it wants to live with.”

I came out of the bathroom. “And this is all in photographs? Why not fake documentary?”

He frowned again and snorted. “I don’t know if you’ve ever experienced the way that the medium of photography, particularly black and white, legitimizes the unreal,” he said. “In fact, I am pretty sure you haven’t, or you wouldn’t have suggested that.”

All of a sudden, I was really, really tired. As I said earlier, I definitely wasn’t wasted, so I think it’s more likely that I got really tired because the smell of my conditioner made me tired, not because some weird combination of alcohol and drugs had made me unusually animated and then left me suddenly drained of energy and any sense of self-will. I lay down.

“Anyway,” he said, “Not only does photography interact with our memory in a way that makes us think we are re-experiencing things we have never in fact truly experienced, it also, and this is probably even more crucial for this story, adds a shimmer of cold terror to the uncanny and that,” he smashed his hand down on the coffee table, “is my project as an artist.”

Then he got serious. He came over and stroked my hair. “I want to reward you for inspiring me. This is the best idea I have ever had, and I never would have had it about you. Can I reward you by reading you a story?”

He said it was called A Perfect Day for Bananafish. I don’t remember very much about it, except at one point, he stopped reading and started to explain to me that it should really be called something else gross and dumb because of something about the fish being phallic which personally I feel like he made up. I can’t really remember. I was so tired, but somewhere, a little voice piped up and let me know there was actually a really brilliant way to get through the next hour of my life without having to walk all the way back to my room, and I was like, “If I have sex with you, will you stop telling me your ideas?”

I am a lady, so I don’t want to tell you what happened next. But I think it’s messed up that the world is always waiting for me to fail. I mean, has James Franco ever come out with a series of photographs “documenting” his “relationship” and “parenthood” with Gus Van Zandt? No. He hasn’t. And it’s because of me. So leave me alone. I did you all a big favor.

*In Sarah Miller’s imagination. She also writes for NewYorker.com and The Hairpin, among other outlets, and has published two novels, Inside the Mind of Gideon Rayburn and The Other Girl. 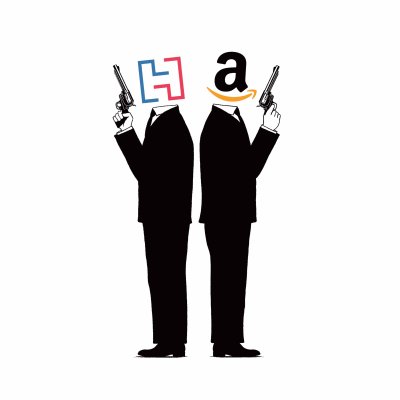 99¢ Loyalty
Next Up: Editor's Pick