Actress Halle Berry poses in the press room at the 2014 Huading Film Awards at The Montalban on June 1, 2014 in Hollywood, California.
Jason LaVeris—FilmMagic
By Eliana Dockterman

A judge has ordered Halle Berry to pay her ex-boyfriend, Gabriel Aubry, $16,000 per month in child support, the Associated Press reports. The Oscar-winner will fork over $200,000 per year plus tuition money for the ex-couple’s six-year-old daughter Nahla. Berry must also make a retroactive payment of $115,000 and another $300,000 to Aubry’s attorneys to cover their fees.

Berry falls in line with a growing number of women who pay child support. A 2013 Pew report found that women are the sole or primary breadwinners in 40 percent of households with children under 18. Because the number of female breadwinners is at a peak and more men are asking for shared custody, cases of women paying child support are likely on the rise, too. A 2012 survey of divorce lawyers in the United States found that 56 percent of attorneys saw an increase in numbers paying child support since 2009.

Aubry, 38, and Berry, 47, dated from 2005 to 2010 but never married. In 2012, the couple became involved in a custody dispute over Nahla, when a judge blocked the X-Men: Days of Future Past star from moving their daughter to France to live with her and her now-husband Olivier Martinez. The fight culminated in a physical altercation between Aubry and Martinez in November of 2012, People reported. Aubry and Berry now share equal custody of the girl, according to court documents.

Martinez is Berry’s third husband. The two welcomed a son, Maceo, in October. 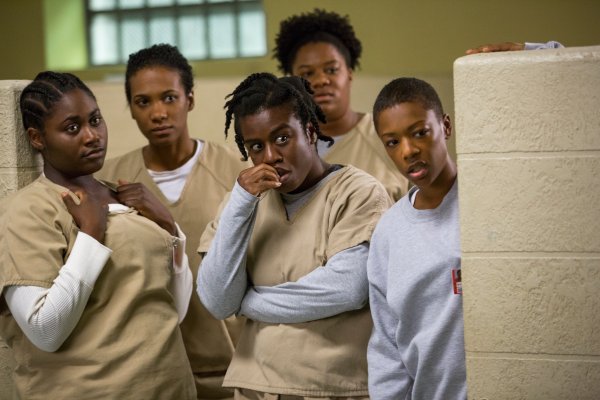 What Men Can Learn From Orange Is the New Black
Next Up: Editor's Pick