You know how some Internet memes strike you as hilarious for some reason, while others seem just trite and not amusing? Take, for example, the “Chicks With Steve Buscemeyes” phenomenon that takes pictures of women and replaces their eyes with those of Steve Buscemi. Some people find it very entertaining, but some people — like Buscemi himself, it turns out — just don’t see why it’s so funny.

The actor dropped by Late Night Monday to chat with Seth Meyers about his new talk show, Park Bench. But first, Meyers brought up the whole Buscemi eyes thing. After Meyers shows him a few photos of Disney princesses with their eyes Buscemified, the actor says, “It makes those characters a little bit hotter, don’t you think?” 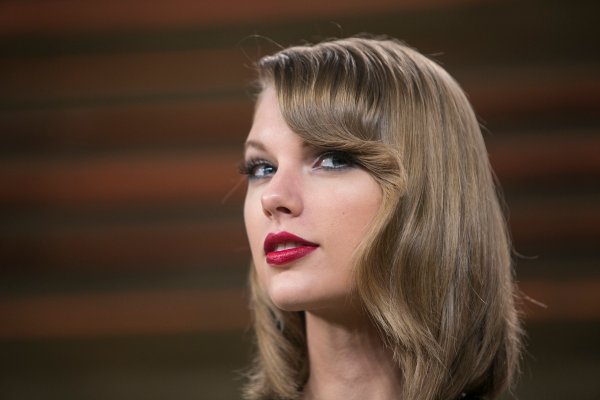 Taylor Swift Made Her BFF Ed Sheeran a Drake Needlepoint
Next Up: Editor's Pick