The Federal Aviation Administration for the first time Tuesday authorized an unmanned aircraft flight for commercial purposes over American soil, a step toward wider use of drones by businesses in the U.S.

The oil and gas company BP and the drone manufacturer AeroVironment will fly the AeroVironment’s Puma AE to survey Alaska’s North Slope. BP will use the hand-launched drone—a small aircraft, 4 1/2 ft. long with a 9 ft. wingspan—to oversee maintenance activities on infrastructure, the FAA said.

“These surveys on Alaska’s North Slope are another important step toward broader commercial use of unmanned aircraft,” Secretary of Transportation Anthony Foxx said in a statement. “The technology is quickly changing, and the opportunities are growing.”

While the FAA banned commercial drones in 2007, the agency still approves usage on a case-by-case basis, such as drones launched for academic research or public safety. And many drones have flown without FAA authorization, including a recent incident in which a drone almost crashed into an American Airlines jet in March. In a separate incident this month, the National Transportation Safety Board rejected a $10,000 fine the FAA had leveled against an operator for recklessly flying his drone, saying the agency didn’t have the authority to regulate that particular model of aircraft.

Over the last year, the FAA has sought to clarify rules surrounding commercial drone use. In November, the FAA released its first annual Roadmap to outline the efforts necessary to safely integrate drones into American airspace. One month later, the FAA agency announced six test sites—including the University of Alaska, where AeroVironment demonstrated its drone in September—to research operational risks, airspace integration and safety standards.

The FAA will integrate drones into U.S. airspace by September 2015 as mandated by Congress’ 2012 FAA reauthorization bill. 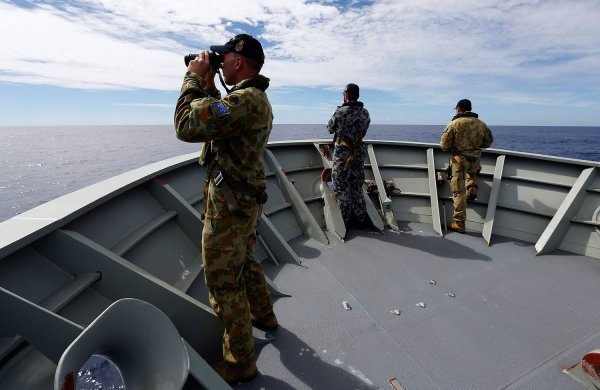 Malaysia Has Spent $8.6 Million Searching for Plane
Next Up: Editor's Pick