The U.S. Department of Justice formally backed on Tuesday a proposal that would make some drug offenders currently behind bars eligible for a reduced sentence. Attorney General Eric Holder said Tuesday that prisoners with a non-violent criminal history should be deemed eligible for retroactive relief.

“Not everyone in prison for a drug-related offense would be eligible,” Holder said Tuesday. “Nor would everyone who is eligible be guaranteed a reduced sentence. But this proposal strikes the best balance between protecting public safety and addressing the overcrowding of our prison system that has been exacerbated by unnecessarily long sentences.”

The U.S. Sentencing Commission approved in April a proposal to reduce in sentences for low-level, non-violent drug offenders. Under that proposal, the average sentence for a low-level drug crime would be reduced by 23 months. The Department of Justice is proposing these guidelines be applied to those behind bars who did not receive a mandatory minimum sentence for a firearms offense or a longer sentence for using or threatening to use violence.

The Commission will decide in the coming weeks whether to apply the change to those currently serving time.

The Justice Department’s move aligns with the Obama Administration’s ongoing Smart on Crime initiative, which seeks to better match crimes and punishments. It also comes after legislation that would reduce the sentencing disparity between crack and powder cocaine passed a Senate committee this year, though the legislation has yet to be brought up for a full Senate vote. 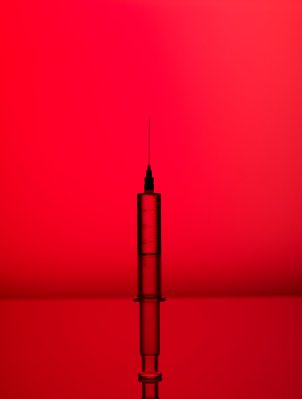 Missouri Eyes Its Own Lethal-Injection Pharmacy
Next Up: Editor's Pick