This Powerful Anti-Redskins Ad Will Play During the NBA Finals

Sports fans will see more than ads for fast food, cars and beer during commercial breaks in Tuesday night’s NBA Finals. An anti-Washington Redskins ad will run during the game’s halftime, in the hope that the NFL will force the team to change its name from what many consider a racial slur.

The California tribe Yocha Dehe Wintun Nation paid to run the minute-long ad, an edited version of the commercial above, which was created by the National Congress of American Indians. Adweek reports that a 30-second ad slot cost advertisers $460,000 in the 2013 NBA Finals.

The ad, called “Proud to be,” highlights tribes across the country. The final voiceover says, “Native Americans call themselves many things. The one thing they don’t…” before flashing to an image of a Redskins helmet.

While the Redskins name and logo has been a source of controversy for decades, it received particular bad press after Clippers owner Donald Sterling was banned from the NBA for life after his racist rant was leaked to the public. NFL player Richard Sherman told TIME’s Sean Gregory that he didn’t think the NFL would have the same response.

“Because we have an NFL team called the Redskins,” Sherman said. “I don’t think the NFL really is as concerned as they show. The NFL is more of a bottom line league. If it doesn’t affect their bottom line, they’re not as concerned.”

The Redskins is preparing for a political fight over its name, hiring a lobbying firm in May after 50 Democratic senators sent the NFL a letter asking for a name change.

The National Congress of American Indians praised the Yocha Dehe Wintun Nation for airing the ad during the NBA finals, and said it would send a “loud and clear” message to the league and the team.

“Contrary to the team’s absurd claims, this dictionary-defined racial epithet does not honor our heritage. The Change the Mascot campaign continues to gather strength every time that people are educated about the origin of the R-word and its damaging impact on Native peoples,” NCAI Executive Director Jackie Pata and Oneida Indian Nation Representative Ray Halbritter said in a statement. “By airing this ad during the NBA Championships, the message will be brought into the living rooms of millions of American all across the country.” 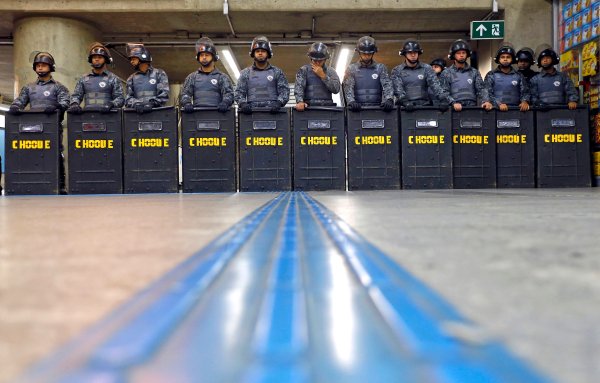