The number of sex crimes reported on U.S. college campuses soared by 50% over the course of a decade, according to a new government report Tuesday, even as total campus crime decreased.

The federal Department of Education report looked at assault data up to 2011, when 3,300 forcible sex offenses were reported on campuses across the U.S. That was up from 2,200 reported sex assaults a decade earlier. University crimes in every other category decreased, said the report, which primarily focused on elementary and secondary school safety.

Even though the data ends at 2011, the prevalence of sexual assault, a crime that the Rape Abuse & Incest National Network says goes unreported 60% of the time, continues to be a national epidemic, particularly on college campuses. A May TIME cover story examined how even though the college town of Missoula, Mont. —nicknamed “America’s Rape Capital”—gained a particularly bad reputation for at least 80 reported rapes over the last three years, that figure wasn’t a surprising outlier but rather the norm.

The White House responded to a series of highly publicized on-campus rapes by releasing a set of guidelines in April urging universities to fight sexual assault, and to change reporting structures so that victims feel safe to come forward.

You can compare the number of incidents recorded on campuses using TIME’s interactive here. 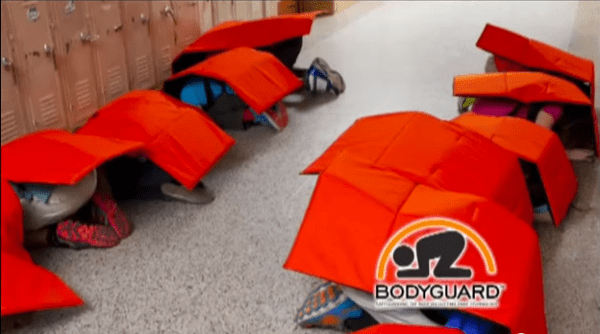 Company Markets Bullet-Proof Blanket for Kids
Next Up: Editor's Pick