Lawmakers are beating the drums of reform to the Veterans Affairs Department, on the heels of another scathing report released by the agency Monday.

The bipartisan bill crafted by Senators Bernie Sanders (I-Vt.) and John McCain (R-Ariz.) would fund construction of 26 new medical facilities and set up ways to make it easier for veterans to seek private care if they do not live near a VA medical facility. The bill would also improve the access to health care for victims of military sexual assault. Democratic Senate leadership said they would like to vote on the legislation this week, an aide tells TIME.

The House Republican leadership has pushed for its own legislation, which passed on a large bipartisan vote last month. That bill would give the VA secretary greater authority to fire or demote poor-performing senior officials.

The newly-introduced Senate bill comes hours after a third Veterans Affairs Department internal audit on Monday, which announced that more than 57,000 veterans have been waiting 90 days or more for their first medical appointments. This audit of the agency’s 731 medical centers found that 13% of schedulers were told by their superiors to doctor schedules to make wait times look shorter. The agency found its 14-day scheduling target unrealistic and will scrap it from employee performance contracts.

The VA wait list scandal led its Secretary, Eric Shinseki, to step down May 30. 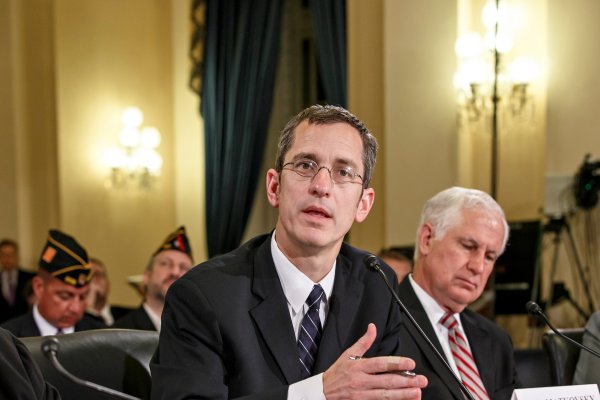 VA Appointment Delays Keep Getting Worse
Next Up: Editor's Pick