Congratulations are in order! Rapper Lil Kim gave birth to a baby girl on Monday, and the self-described Queen Bee gave the bouncing bundle of joy a regal name: Royal Reign.

One reference to nobility just wouldn’t be enough for the heir of one of hip-hop’s royals, apparently.

Lil’ Kim’s pregnancy—her first— was announced in February during New York Fashion Week. The Queen Bee posted an image of her baby shower invitation on her Instagram account in late April, sharing with the world that she had a little princess on the way. New York-based rapper Mr. Papers was later reported as the baby’s father. The obviously excited new mom spent the day retweeting messages of congratulations sent her way from celebrity friends and news outlets.

No comment yet from Lorde, whose chart-topping, ubiquitous hit single “Royals” was released as a single about 10 months ago.

Congrats! Welcome #LilLilKim♡—>
@LilKim welcomes a baby girl and gives her a name fit for royalty http://t.co/Ss4JsZv5J8" via @TVGuide: 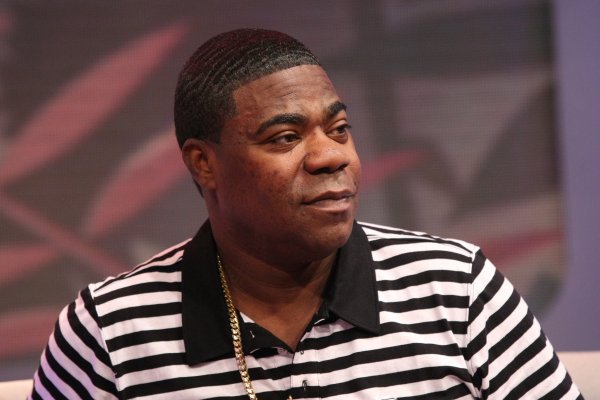 Tracy Morgan Is Recovering
Next Up: Editor's Pick