Man Sues Pink Cover Artist For Not Being Sexy Enough

One man isn’t raising his glass to Collette McLafferty, a 40-year-old, red-haired Pink cover artist. In fact, he’s suing her for $10 million.

Charles Bonfante, who filed the suit, argued that McLafferty ruined his plans to start Long Island’s first Pink cover act because she didn’t have the sex appeal or talent necessary to portray the 34-year-old pop star, the New York Post reports.

The issue arose when Bonfante’s collaborator, Rik Nevone, hired McLafferty for one of the cover band’s gigs despite Bonfante’s disapproval of the red-haired, tattooed singer.

“McLafferty was a mediocre vocalist at best,” the suit, filed against members of the cover act, states. “She had pitch problems, oftentimes singing flat for extended periods of time.”

But McLafferty was quick to defend herself, channeling the militant confidence that characterizes many of Pink’s upbeat hits, including “Raise Your Glass” and “Perfect.”

“The really insulting part is he said I would harm the public because I can’t sing and I’m too unattractive to front this kind of band,” McLafferty, who filed a countersuit, told the Post. 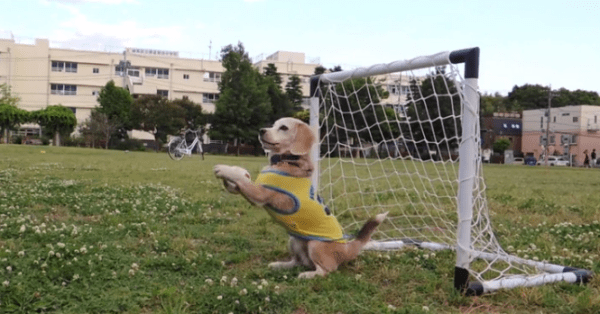 This Beagle Is Quite Skilled at Soccer
Next Up: Editor's Pick