Metro Police officers are shown outside a Wal-Mart after a shooting in Las Vegas June 8, 2014.
Steve Marcus—Reuters
By Dan Kedmey

The shooters who killed two Las Vegas cops Sunday draped a Revolutionary-era flag and a Nazi swastika over one of the bodies, authorities said Monday, describing the killers as espousing views and carrying symbols that were “undoubtedly” white supremacist in nature.

The two suspects who killed a third civilian before taking their own lives draped a so-called Gadsden flag emblazoned with the words “don’t tread on me” over the body of one officer, and also placed on top of it a swastika and a note promising a “revolution,” Assistant Sheriff Kevin McMahill told reporters.

“There’s no doubt the suspects have some apparent ideology that’s along the lines of militia and white supremacists,” McMahill said during a news conference. But police cautioned that the shooters, identified as married couple Jerad and Amanda Miller, may not sympathize with the Nazi movement, and in fact seemed to associate police officers with Nazi oppression. “In other words, they believe that law enforcement is the oppressor and they’re associated with the Nazi movement,” McMahill said.

Police said the two suspects entered a pizza restaurant about noon local time Sunday, where they found two officers taking their lunch break. Jerad Miller, 31 pulled a handgun out of his backpack and shot officer Igor Saldo, 31, in the back of the head, police said. Officer Alyn Beck, 41, “reacted,” according to the police, and Amanda Miller, 22, removed a handgun from her purse and fired multiple shots into the officer.

The suspects then crossed the street and entered a crowded Walmart, where Miller fired one round in the air and ordered people to leave. Police said one shopper, Joseph Wilcox, attempted to confront Jarod Miller with a concealed weapon. Amanda Miller shot Wilcox, and then the two shooters fended off police with exchanges of gunfire, until they eventually turned their weapons on themselves, authorities said.

Police also said they were investigating reports that Jerad Miller was at Cliven Bundy’s ranch during a standoff earlier this year between Bundy and federal land management officials, which became a flashpoint for some limited government activists. Bundy’s son later said the Millers had been at the ranch but were asked to leave, the Associated Press reports. 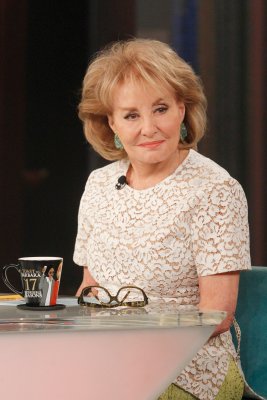