Army Vet: Bowe Bergdahl's Rescue Was the Right Message to Send to Soldiers

In this undated image provided by the U.S. Army, Sgt. Bowe Bergdahl poses in front of an American flag.
U.S. Army/Getty Images
By Richard Allen Smith

The rotors on the Blackhawk helicopter that recovered Sgt. Bowe Bergahl had barely stopped spinning before a cadre of armchair commandos began accusing everyone from the President, to Bergdahl’s father Bob, to Bergdahl himself of being in cahoots with the Taliban. There were the compassionate patriots at Fox & Friends who told the elder Bergdahl to “find a razor”and accused him of looking “like the Taliban,” just weeks after they carried the banner of the bearded cast of Duck Dynasty. There was Oliver North, who accused the administration of financing terrorism. Yes, the same Oliver North who financed terrorism. Let’s not forget John McCain, who was for freeing Sgt. Bergdahl before he was against it. Not to mention the host of conservatives—who never served yet have suddenly claim expertise in the field of battlefield honor—feigning outrage.

My favorite, though, is Sen. Saxby Chambliss (R-GA), who claims he would have raised “holy hell” about the exchange had he been warned. I, for one, am certainly glad he wasn’t notified in that case. I wouldn’t want any influence over this decision in the hands of the same man who accused a veteran who left three limbs in Vietnam of lacking courage while comparing him to Osama Bin Laden.

I’ve spoken to many of my fellow veterans, as well as many of the men who deployed with me to Afghanistan in 2007 who still wear the uniform. Their responses to the release of five Taliban detainees in exchange for Sgt. Bergdahl vary. Many are angry about his alleged desertion, and are upset that six American lives may have been lost searching for him in the months after he allegedly walked off a fire base in eastern Afghanistan, a story for which there are legitimate doubts and questions. None that I spoke to believe Bergdahl belonged in captivity for the last five years, or that he didn’t deserve to come home and face an American military court for his possible offenses. Bergdahl is an American soldier; regardless of what circumstances led to his capture, he deserved to be returned. That anyone would express otherwise is appalling.

Many of Sgt. Bergdahl’s detractors point to his last email to his parents, published in a 2012 Rolling Stone piece, to justify their feigned outrage. In the message, Sgt. Begdahl expressed doubts about U.S. involvement in the conflict, as well concerns about the conduct of his unit. That same piece notes that an investigation found Bergdahl’s unit to be undisciplined and poorly led. This line of argument is what concerns me most.

In 2007, I was a noncommissioned officer in the 82nd Airborne Division. I held a support position in an infantry unit involved in some of the heaviest fighting at that period of the war (though I went on only a handful of missions and spent most of the time working in our task force’s tactical operation center). It is imperative that U.S. service members understand that their country will use every resource and make every effort to rescue those in enemy captivity. It is what gives them the morale to keep going for five years, the amount of time spent as prisoners of war by both Sgt. Bergdahl and Sen. McCain. It’s what encourages them to not reveal information they might have when questioned by their captors. This sentiment was important enough that President Dwight Eisenhower signed the Executive Order that created the U.S. Military Code of Conduct.

If Bergdahl’s conduct and opinions entitle him to be forgotten in captivity by his country, what sort of message does that send to soldiers like the soldier I was in 2007? Should I have assumed that I was not entitled to rescue because I opposed America’s wars? Did I belong with the Taliban because I once stopped soldiers from taking photos of detainees in violation of the Geneva Convention (one of whom later gained national attention for similar conduct)?

The important distinction is that Sgt. Bergdahl allegedly walked away from his post, whereas I never considered such an action, believing that, regardless of the value of the war, I needed to be there to support my brothers however I could. But that isn’t a very stark line. Would Fox & Friends and Sen. Chambliss assume those intentions had I been abducted while pulling a late night guard shift near the concertina wire at Musa Qala?

These are the questions I ask myself as I hear “leaders,”most of whom never served (North and McCain being notable exceptions), split hairs over what kind of troop deserves rescue, and whether five detainees who may have been important a decade and a half ago were worth the life of an American whose value to the Taliban was rapidly declining with his reported ill health and the upcoming American withdrawal. I no longer wear a uniform, but this sort of doubt is severely dangerous for those who do. American troops should never have to question whether their opinions make them unworthy of rescue.

Richard Allen Smith is a former Army sergeant. He served five years on active duty, including a deployment to Afghanistan with the 82nd Airborne Division from February of 2007 to April of 2008. Smith is currently a graduate student in writing at Johns Hopkins University. 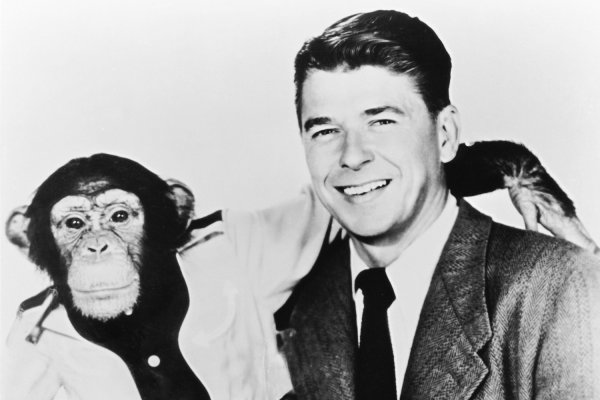 10 Things You Might Not Know About Ronald Reagan
Next Up: Editor's Pick