California Chrome Co-Owner Apologizes for Being a Sore Loser

The co-owner of racehorse California Chrome, Steve Coburn, has apologized for his outspoken comments following the horse’s failed attempt to win the Triple Crown.

Coburn said he was “very ashamed” of himself during a Monday morning appearance on ABC’s Good Morning America, the Associated Press reports. After California Chrome came in fourth place at the Belmont Stakes on Saturday, Coburn complained about how some of his rivals had not previously competed in the Kentucky Derby and Preakness races, as the Triple Crown contender had.

On Monday, Coburn said, “I need to apologize to a lot of people, including my wife, Carolyn,” who tried to get him to calm down when the post-race interview got heated.

He also apologized to the owners of the Belmont Stakes winner, Tonalist, saying that he “did not mean to take anything away from them.” 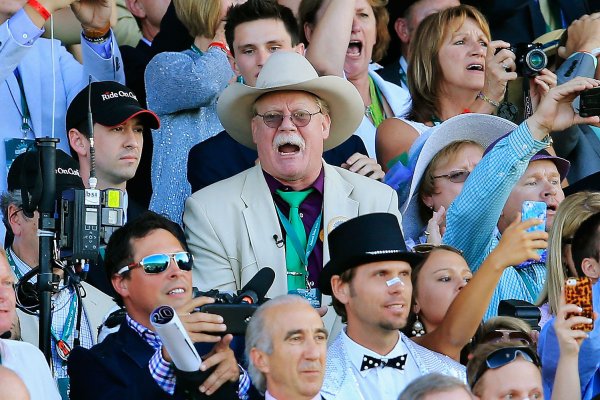