Is John Green a Bigger Star Than Tom Cruise?

At the Manhattan premiere of the movie made from his novel The Fault in Our Stars, John Green seems to be the most star-struck fan. “I am sweating through my Burberry shirt,” he reports on his immensely popular Vlogbrothers channel on YouTube, “which is only increasing my already sizable anxiety.” Flanked by his brother Hank, Green gazes in wonder at the long line of TFIOS nerdfighters waving “Okay” balloon posters (from the book), and says that meeting National Spelling Bee co-champ Ansun Sujoe is “unquestionably the highlight of my evening.”

Back in his hotel room, he tells viewers, “I don’t get a percent of ticket sales or anything [from the film version]. And I don’t have to talk about it. And if I didn’t like it, believe me, you’d know. But in fact I love the movie. I believe it’s amazingly faithful to the book, and powerful and funny and moving. … Soon, in fact very soon, everyone will get to see the movie.” He adds urgently, “Read the book first!” Pure hucksterism has rarely been this aw-shucks appealing.

(READ: Corliss’s review of The Fault in Our Stars, the movie)

Or this successful. TFIOS, made for just $12 million, registered a buoyant $48.2 million this weekend at the North American box office. Finishing a solid No. 1, it soundly spanked Tom Cruise’s Edge of Tomorrow, the sci-fi thriller that cost 15 times as much to produce and earned nearly $20 million less at domestic theaters.

How did a little movie about two kids fighting cancer and falling in love hit the heights? It helped that the female lead was Shailene Woodley, the 22-year-old who heads the new Divergent franchise; TFIOS is a YA novel too, though set in the realistic Indianapolis of today, not in postapocalyptic-fantasy Chicago. The movie’s distributor, Fox, smartly counter-programmed its teen weepie against every expensive action film and rowdy comedy of the early summer; this was the little engine that cried. Fox also eschewed traditional marketing — billboards and saturation advertising — by orchestrating a brilliant social-media campaign that, for a thrifty $20 million, got the word out early to the core audience: lovers of Green’s book.

The crucial element of that campaign was the author himself. Cruise may be one of the biggest marquee names of the past three decades, and still going strong at 51, but Green, 36, is a social-media star with the power to transform readers into moviegoers. His good looks help; he has the poised, bespectacled, dimpled, even-featured geniality of a small-town TV anchor headed for bigger markets. Or an Episcopalian rector who oozes sympathy for your sins (long ago he was enrolled at the University of Chicago Divinity School). Or, in his serious moments, the very young Tom Cruise — a passionate salesman of the higher emotions.

(READ: Lev Grossman’s review of The Fault in Our Stars, the book)

Though the industry site The Wrap claimed a “whopping edge on social media” for TFIOS, Cruise actually has two million more Twitter followers than Green (4.57 million to 2.48 million) and nearly five times as many Facebook “likes” (7.2 million to 1.55 million). But we’d guess that most of the Cruise crew is in foreign countries, where his films often earn about twice their domestic revenue, while the Green team is primarily homegrown.

The temperature of the ardor also matters. Cruise’s “likes” are Green’s “loves”; the author had energized his base to see The Fault in Our Stars. For Cruise, Edge of Tomorrow is just another big scrimmage (though among the best and smartest of his recent films). For Green, this was his Super Bowl.

And he won — the weekend, anyway, at North American theaters — by running up the score early. TFIOS racked up $8.2 million at Thursday evening showings, including a $25-a-ticket special that provided moviegoers with a satellite link to Green and his stars. The film took in another $17.9 million Fri., then dropped to $12.6 million Sat., when it finished second to Angelina Jolie’s Disney live-action fantasy Maleficent but still above Edge of Tomorrow. The estimated gross for Sun. was $9.5 million, giving TFIOS the most front-loaded weekend haul of any movie to earn at least $20 million.

(READ: Our Saturday box office report for The Fault in Our Stars)

So Green got the faithful to the movie; it’s just that a sizable majority went early, and the fervor didn’t quite spread to the wider audience that was either ignorant of the book or reluctant to see a cancer romancer. The TFIOS attendees were 82% female and 80% under the age of 25 — both astonishingly lopsided statistics. By comparison, Edge of Tomorrow attracted customers who were 61% male and 72% over 25. Young women for one, older guys for the other: you have to wonder if anyone in America saw both movies this weekend.

(READ: Our Sunday box office report for The Fault in Our Stars)

Can The Fault in Our Stars duplicate its domestic clout abroad? Eleven million copies of the book are in print worldwide, so the movie has a shot. But international audiences usually resist Hollywood weepies, like The Vow and the many adaptations of Nicholas Sparks novels (The Notebook, Dear John, The Lucky One, Safe Haven). The guy they love: Tom Cruise. Edge of Tomorrow has already earned $111 million abroad, including $25 million — nearly the movie’s total North American revenue — in three days in China.

So John Green must take on a new mission if he is to expand on his faultless Stars opening when Paper Towns, another movie of one of his books, opens next year. He needs to start vlogging in Mandarin. 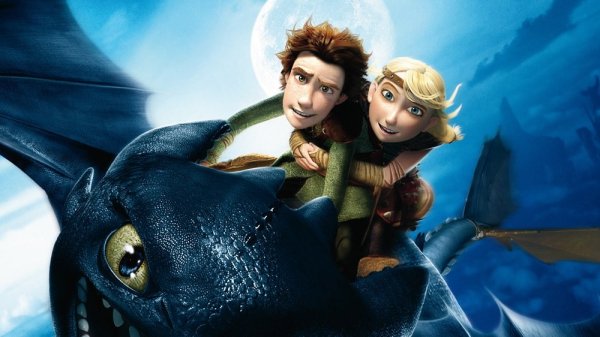 Hear the How to Train Your Dragon 2 Soundtrack Soar to New Heights
Next Up: Editor's Pick