A live-chatting computer has passed the artificial-intelligence milestone Turing Test at an event in London, as it fooled a third of people that they were actually speaking to a human.

Professor Kevin Warwick, a visiting professor at the University of Reading, in England, said in a statement that some would claim the test had already been passed, but “this event involved the most simultaneous comparison tests than ever before, was independently verified and, crucially, the conversations were unrestricted.”

The winning software, called Eugene Goostman, simulates a 13-year-old, saying that he likes hamburgers and candy and that his father is a gynecologist. Developer Vladimir Veselov said his team chose this personality because the program could then “claim that he knows anything, but his age also makes it perfectly reasonable that he doesn’t know everything.”

The father of modern computer science, Alan Turing, developed the Turing test 65 years ago to answer the question: Can machines think? In order to pass, a computer program must be mistaken for a human in more than 30% of its five-minute keyboard conversation.

According to Warwick, the test has implications today as a tool to fight cyberthreats.

“It is important to understand more fully how online, real-time communication of this type can influence an individual human in such a way that they are fooled into believing something is true … when in fact it is not,” he said.

The London event marked the 60th anniversary of Turing’s death, and took place nearly six months after he received a posthumous royal pardon for his 1952 homosexuality conviction. 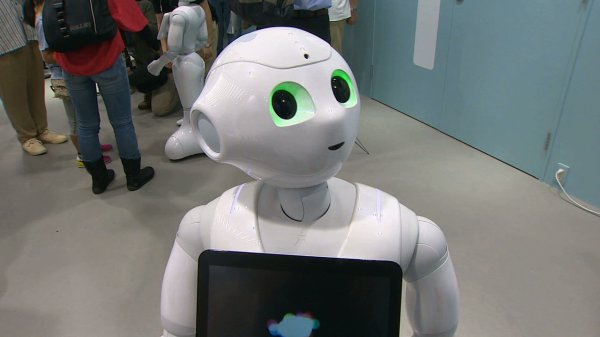 Meet Pepper, the Robot Who Can Read Your Emotions
Next Up: Editor's Pick