Police cars are seen in front of the Orsainville Detention Center near Quebec City on Saturday, June 7, 2014. Three inmates have escaped from the center with the help of a helicopter, police said late Saturday.
Francis Vachon—AP
By Sam Frizell

Three men hightailed out of a Canadian prison Saturday night via helicopter in a daring stunt that could only have been inspired by a Hollywood action flick.

Yves Denis Yvon Lamontagne, 35, Denis Lefebvre, 53, and Serge Pomerleau, 49 were being held in a detention center in Quebec City at the time of their flight, CNN reports.

“A helicopter touched down briefly in the courtyard before taking off with the three prisoners,” Ann Mathieu, a spokeswoman for Quebec Provincial Police, told CNN.

The men were arrested in a 2010 drug bust and were awaiting trial at the time of their escape. Weapons, dozens of cars and a plane were found during the bust. A massive manhunt is underway to find the three men. 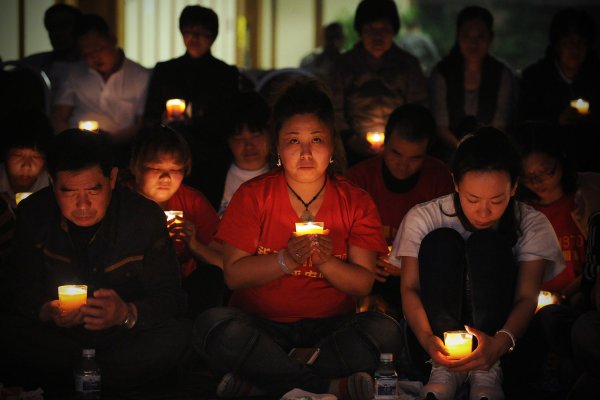