Obama on Bergdahl Prisoner Exchange: I Would Do It Again

President Barack Obama continued to defend swapping Sgt. Bowe Bergdahl for five Taliban militants Friday, telling NBC News’ Brian Williams that he would do it again despite the public controversy that has followed.

In an interview that aired on the 7oth anniversary of D-Day, Williams asked the President why he didn’t notify key members of Congress in advance, as is typical. Obama replied: “When somebody wears our country’s uniform and they’re in a war theater and they’re captured, we’re going to do everything we can to bring them home.” He added, “We had to act fast in a delicate situation that required no publicity.”

The White House negotiated a prisoner swap of five Taliban leaders for Bergdahl’s release after five years in captivity, but the deal has been mired in controversy in part amid scrutiny of Bergdahl’s absence from his post in Afghanistan before his capture.

“We saw an opportunity and we took it. And I make no apologies for it,” Obama said in the interview. “This is something that I would do again and I will continue to do wherever I have an opportunity, if I have a member of our military who’s in captivity. We’re going to try to get ’em out.”

Obama spoke with Williams in Normandy, France, where the President joined world leaders to mark the 70thth anniversary of D-Day on Friday. During the full interview, which airs on NBC at 8 p.m ET, Obama also addressed former NSA contractor Edward Snowden and Russian President Vladimir Putin, whom he met face-to-face Friday for the first time since relations broke down over the Ukraine crisis earlier this year.

Regarding Russia’s intervention in Ukraine, Putin said: “They need to stop financing and arming separatists who have been wreaking havoc in the eastern part of the country– and that if Russia begins to act in accordance with basic international principles, then I’m confident that the United States– Russia relationship will improve,” he said. 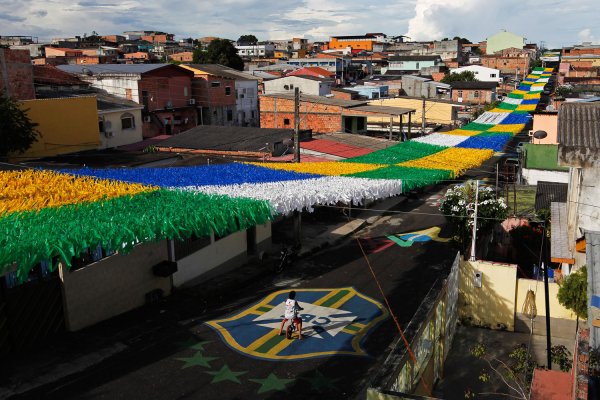 The 17 Most Beautiful Places to Visit in Brazil
Next Up: Editor's Pick