Carbon Regs Will Help Your Health More Than the Planet's

When the White House rolled out the proposed Environmental Protection Agency (EPA) regulations on power-plant carbon emissions on June 2—regs that will reduce emissions 30% below 2005 levels—President Barack Obama attended a conference call with a number of public health groups, including the American Lung Association. Obama talked about the importance of treating carbon as a pollutant, of investments in energy efficiency that would cause electricity bills to shrink, of the momentum behind the move to a low-carbon economy.

But he spent much of his time talking about the health benefits that would come as the regulations cracked down on coal plant pollution:

Carbon dioxide isn’t a pollutant—at least, not in the sense that breathing it in damages health. (If it were, trees would be a lot more dangerous.) CO2 does cause climate change, which in turn can directly threat health by increasing ozone levels, intensifying heat waves and floods and even worsening allergies, all of which the White House detailed in a new report out today. But Obama and his officials have been talking up a different sort of public health benefit that will come with the regulations: the reduction of dangerous, conventional pollutants like nitrous oxides, sulfur dioxide and simple soot. “Our role in this initiative is to protect public health and the environment,” EPA Administrator Gina McCarthy told me in an interview last week. “It’s key in this rule that when we lower carbon, we reduce traditional pollutants.”

The EPA says that the regulations will reduce those conventional pollutants by more than 25% over the lifetime of the rules as a co-benefit. That in turn will avoid up to 6,600 premature deaths, up to 150,000 asthma attacks in children and nearly 500,000 missed work or school days. That might just be the beginning—the more we learn about air pollution, the more dangerous it seems even at lower levels. A new study from the University of Rochester found that exposure to air pollution at a young age caused changes in the brains of mice, including an enlargement in the parts of the brain that is seen in humans with autism and schizophrenia. And air pollution is still a major problem in the U.S.—a recent report from the American Lung Association found that nearly 5 in 10 Americans live in places where the air can be dangerous to breathe.

There’s an added political value to the White House’s focus on the public health benefits of carbon regulations. Note the huge partisan gap on the issue in recent polls: climate change, unfortunately, remains an area where there is deep political division. But air quality and public health is something that Americans can get together on, at least somewhat, without the conversation turning into a debate over temperature trends and IPCC assessments. That could help these regulations, which are supported by a strong majority of Americans, overcome kneejerk Republican opposition. “You don’t need to have a debate over climate change,” says Jim Brainard, the Republican mayor of Carmel, Indiana and a member of the White House task force on climate change. “Who doesn’t want to breathe clean air?”

As I wrote last week, the EPA regulations by themselves will have only a small impact on total U.S. carbon emissions, and a negligible one globally. The hope is that these rules are just the beginning, that they will help prompt other countries to push their own carbon-cutting efforts further, and encourage businesses to find even better ways to accelerate the clean energy revolution. But countless Americans will breathe easier—literally—thanks in part to these rules. That’s reason enough to celebrate. 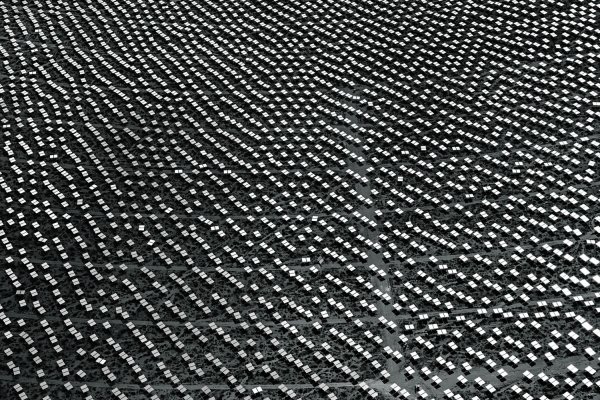 The Green Revolution Is Here
Next Up: Editor's Pick